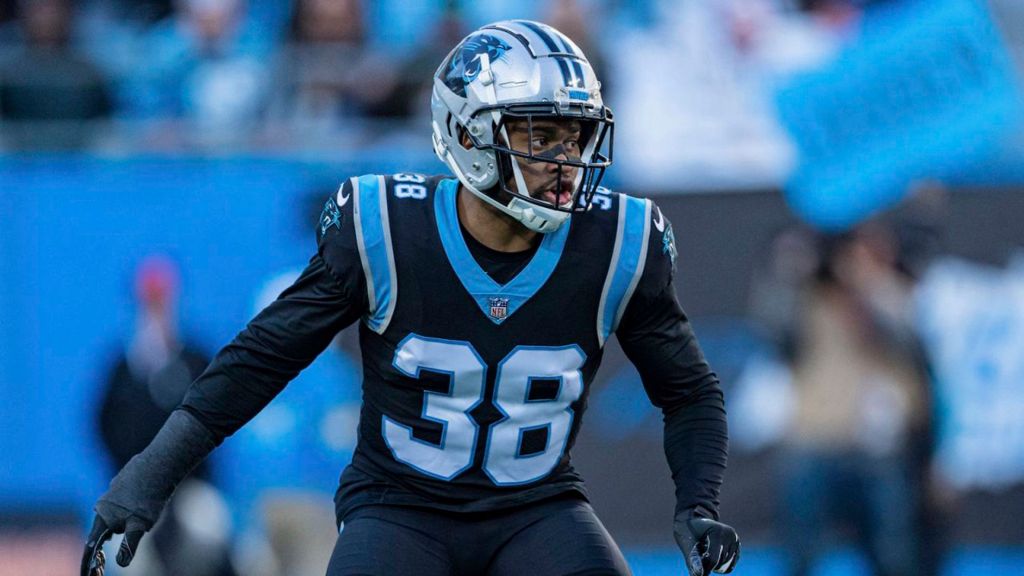 Brown continues to shine in Philadelphia, catching his fifth touchdown pass in the last three weeks. He and the high-powered Eagles offense improved to 8-0 and remain the only undefeated team in the NFL this season. Metcalf also recorded a touchdown pass, toe-tapping in the back of the end zone for a score as the Seahawks won their fourth straight. Overall, 16 former Rebels played in the ninth of the 2022 season. Here’s a rundown on how each performed:

#34 Brandon Bolden | RB | Las Vegas Raiders
Carried the ball once for a five-yard gain and registered a tackle on special teams in the Raiders’ 20-27 loss to the Jaguars.

#24 Snoop Conner | RB | Jacksonville Jaguars
Appeared on one offensive snap in Jacksonville’s 27-20 win over the Raiders.

#38 Myles Hartsfield | DB | Carolina Panthers
Started at free safety and registered seven total tackles in the 21-42 loss. Hartsfield was the only Panther to play all 74 defensive snaps.

#98 Marquis Haynes | DE | Carolina Panthers
Tallied one tackle and batted down a pass in 38 snaps as a reserve defensive end.

#94 Benito Jones | DT | Detroit Lions
Lined up as a reserve defensive tackle on 22 snaps, totaling one tackle as the Lions topped the Packers.

#31 Jaylon Jones | CB | Chicago Bears
Registered one tackle as a reserve cornerback in the Bears’ 32-35 loss to the Dolphins. Jones only allowed one reception on 21 snaps in pass coverage.

#33 Deane Leonard | CB | Los Angeles Chargers
Appeared on 16 snaps on special teams in the Chargers’ 20-17 victory over the Falcons.

#75 Greg Little | OT | Miami Dolphins
Appeared on six snaps on special teams in the 35-32 victory over the Bears.

#14 D.K. Metcalf | WR | Seattle Seahawks
Hauled in five passes for 37 yards, including a four-yard touchdown pass in the Seahawks’ 31-21 win over Arizona.

#38 C.J. Moore | S | Detroit Lions
Broke up one pass on 23 defensive snaps as a reserve free safety in the 15-9 victory over the Packers.

#93 Mark Robinson | LB | Pittsburgh Steelers
Robinson and the Steelers were on a bye in Week 9.

#78 Laremy Tunsil | OT | Houston Texans
Started at left tackle and competed in all 60 offensive snaps in the loss to the Eagles. Tunsil didn’t allow a single quarterback pressure, earning an 89.0 pass-blocking grade from PFF.

#54 Sam Williams | DE | Dallas Cowboys
Williams and the Cowboys were on a bye in Week 9.