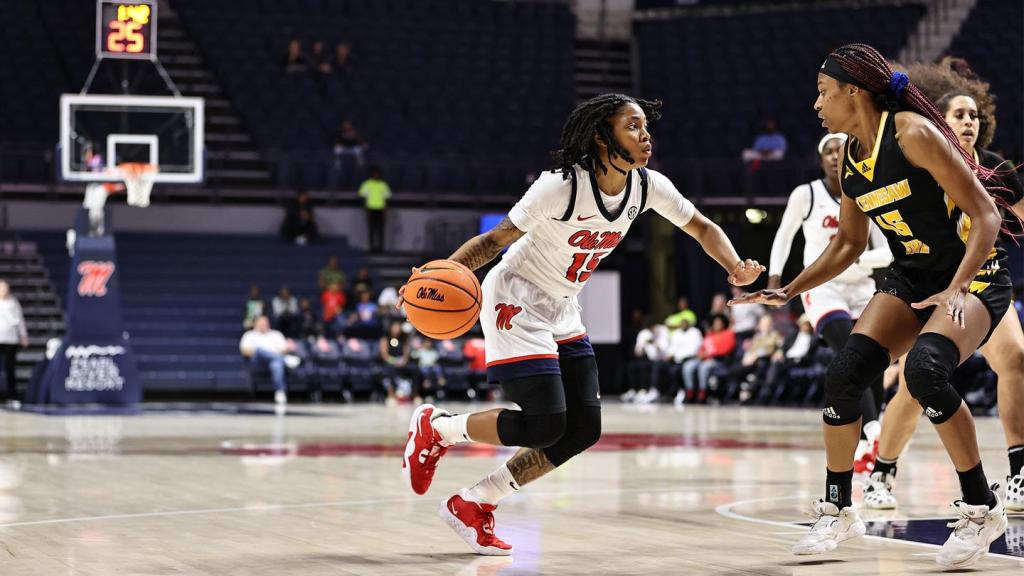 The Ole Miss women’s basketball team started their season out with a dominant 72-60 win over the Kennesaw State Owls on Monday night inside the SJB Pavilion.

Snudda Collins put up 15 points with a career night at the line, going a perfect 8-8 from the foul line. Destiny Salary rounded out the offense with 11 points off the bench to start out her junior season.

The Rebels were slow to shake first-game jitters and fell behind the Owls 14-18 in the first quarter. They flipped the script in the second, out-scoring KSU 20-13. In the second quarter, Scott forced a turnover that led to a fast-break layup while drawing a foul. She converted the free throw to give Ole Miss a three-point lead that the Rebels held onto going into the half. Baker was key during the first half, putting up 14 of her 18 points.

Ole Miss dominated the second half, taking full control of Kennesaw State during the third quarter. The Rebels built their largest lead of the game at 13 points, led by Scott who went 4-5 from the field and scored eight points for Ole Miss. In the final minutes of the third, Myah Taylor secured two free throws to begin an 11-0 run spanning into the fourth quarter.

That was enough for Ole Miss to secure the 12-point victory in its first win of the 2022-23 season.

The Rebels are in for a quick turnaround returning to the SJB Pavilion to face Southeast Missouri State Thursday night. Tipoff is set for 6 p.m. CT on SEC Network +.