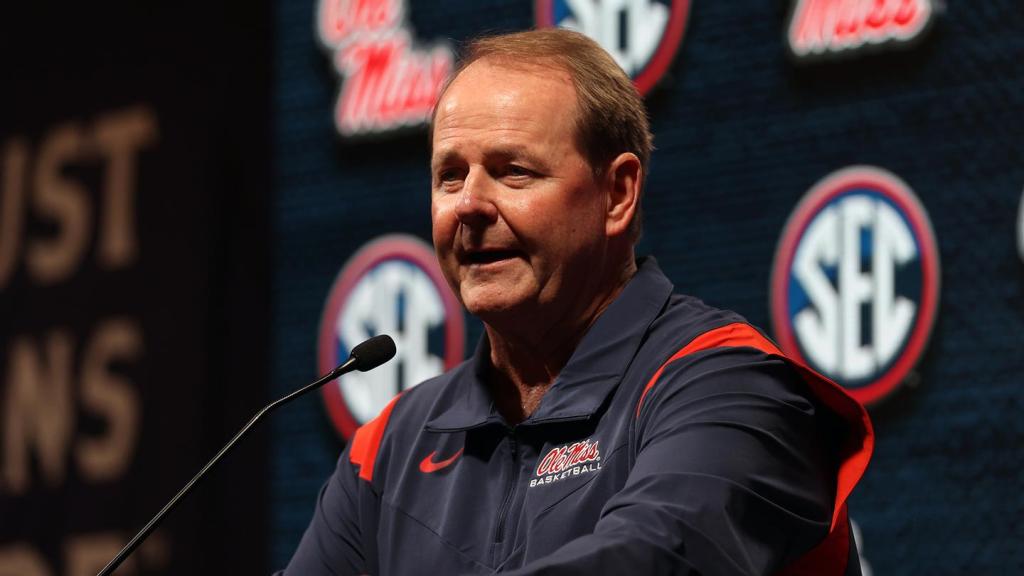 “Very excited about our ’23 class,” Davis said. “We’ve got four really good players, and four different players in a great way. This is a class that has been nationally ranked by ESPN, filled with great people from great families. Looking forward for them to be Ole Miss Rebels.”

Coach Davis: “At 6-8 and 200 pounds, he’s a big wing who is really athletic in the open floor. He’s a good shooter, has great length, has unbelievable upside, and he’s off to a great start with an outstanding Southern California Academy program.”

Coach Davis: “Jacob has been committed to us now for a couple of years. He’s an athletic 6-8, 210 pounds. He’s an excellent shooter as a power forward. He’s transferred to Briarcrest. He had a significant injury in the summer, and now he’s about to get cleared pretty soon to go back to 5-on-5. An unbelievable family, a great guy, and we think Jacob has great upside at Ole Miss.”

Coach Davis: “Josh Hubbard is the No. 1 rated player in Mississippi. We’ve been involved with Josh for a long time. I think he’s as explosive of an athlete at his position as a point guard as anybody in his class. He’s a phenomenal shooter, and a fantastic guy. He comes from an unbelievable family, and a really successful and winning program at MRA.”

Coach Davis: “He’s rated as the No. 1 player in Arkansas, and at 6-9, 235 pounds he is an explosive, tough and physical player with a great motor. Rashaud is going to have an unbelievable senior year, and he plays for a really good Blytheville program.”