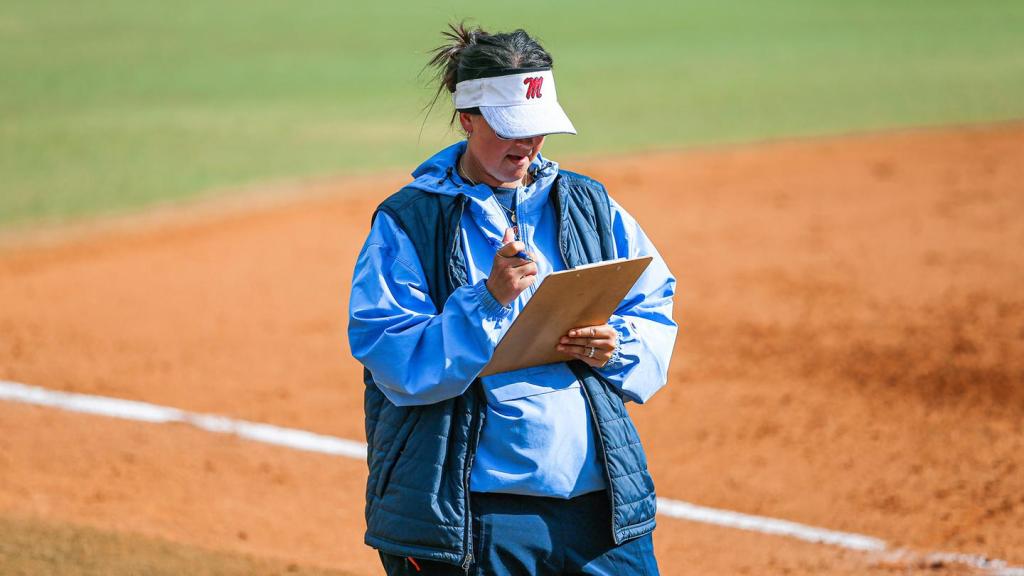 On Wednesday, Ole Miss head softball coach Jamie Trachsel announced the newest additions to the Rebel team as the class of 2023 put pen to paper on National Signing Day.

Bringing some 𝙝𝙚𝙖𝙩 to the circle!🔥

Hallie is officially a Rebel! pic.twitter.com/fSl7dJFeKi

HIGH SCHOOL: A four-year letterwinner at Booneville High School in Booneville, Mississippi … Named to the Clarion Ledger Dandy Dozen in 2022 … Garnered Mississippi Player of the Year and first team all-state honors from MaxPreps in 2022 … Named 3A Pitcher of the Year after posting a 0.34 ERA and 294 strikeouts in 163.0 innings pitched as a junior … Helped lead the Blue Devils their second consecutive state title, earning 3A MVP honors after tossing a no-hitter and hitting a home run in the championship game … Also received first team all-state honors from the Clarion Ledger and Second Team All-American laurels from MaxPreps … Was tabbed as the Daily Journal Mississippi Payer of the Year in 2021 and 2022 … Guided Booneville to its first ever state title in softball as a sophomore … Posted a .420 batting average and tallied 337 strikeouts in 169 innings in the circle … Freshman season was canceled due to the pandemic … Serves as Senior Class President and National Honor Society President at Boonville … Was named 2022 Homecoming Queen by her peers … Also a member of FCA, Art Club and the Math and Science Club … A multi-sport athlete, she lettered in basketball all four years and was named to the all-state team in 2022 …Played for Mississippi Bolts club team.

PERSONAL: Daughter of Junior and Jennifer Burns … Born March 11, 2005 … Has two siblings, Cory and Kara … Plans to major in Exercise Science and attend physical therapy school in the future.

Can't wait to have you in Oxford, Olivia! pic.twitter.com/obLfkSubPF

HIGH SCHOOL: Ranked No 13 overall in the class of 2023 by Extra Inning Softball and 12th among pitchers … Member of the Extra Inning Softball Elite 100 and the Softball America Top 100, checking in at No. 34 and 62, respectively … A four-year letterwinner at Bishop Moore Catholic High School in Orlando, Florida … Serves as Captain her junior and senior seasons … Holds the school record with 513 career strikeouts and counting, breaking it in just two and a half seasons … Owns a 1.15 career ERA in the circle … Garnered all-district, all-region and all-state honors in 2021 and 2022 … Posted a 1.66 ERA in 122.1 innings pitched as a junior … Tallied 174 strikeouts while holding opposing batters to a mere .159 mark at the plate … Member of the Hornet House of Representatives … Played for the Lady Dukes Lamar club team.

PERSONAL: Daughter of Stacy and Joseph Miller … Born July 4, 2004 … Has one sibling, Ella … Father played baseball at Nova Southeastern University, and Uncle played football at the University of Florida … Intends to major in Sport and Recreation Management with future plans of coaching.

Alexa is a Rebel! pic.twitter.com/Evkw9C9fLM

HIGH SCHOOL: Ranked No. 13 overall in the class of 2023 by Extra Inning Softball … Tabbed as the No. 36 player in the class of 2023 by Perfect Game Softball … Member of the Softball America Top 100, checking in at No. 89 … A four-year letterwinner at Chino Hills High School in Chino Hills, California … Named Captain for her senior season … Batted .379 as a junior, tallying 33 hits, including 13 for extra bases … Drove in 19 runs and crossed the plate 23 times … Garnered 2nd Team Baseline League CIF-SS honors … Helped guide the Huskies to Baseline League Championship CIF- SS and the CIF-SS Semi Finals … Posted a .382 average in 2021, scoring 15 runs and registering 21 hits … Guided Chino Hills to Baseline League Champions CIF-SS … Freshman season was cut short due to the pandemic … Played for the Athletics Mercado club team.

Staying in the ‘Sip 😤

HIGH SCHOOL: Ranked No. 18 overall in the class of 2023 by Extra Inning Softball … Member of the Softball America Top 100, checking in at No. 51 … A five-time first team all-district and all-state honoree at Hartfield Academy in Brandon, Mississippi … Helped lead the Hawks to a pair of state championships in 2018 and 2021 … Was recognized as MAIS Player of the Year in 2021, front lining the All-MAIS team … Posted a .508 batting average through the fall portion of her senior season with five longballs thus far … Registered a .421 average her sophomore season and raised it to .488 as a junior while slugging 14 homers … Batted .356 is a freshman with eight home runs … Was a multi-sport athlete, playing basketball at Hartfield Academy … Played for the Mississippi Bombers club team.