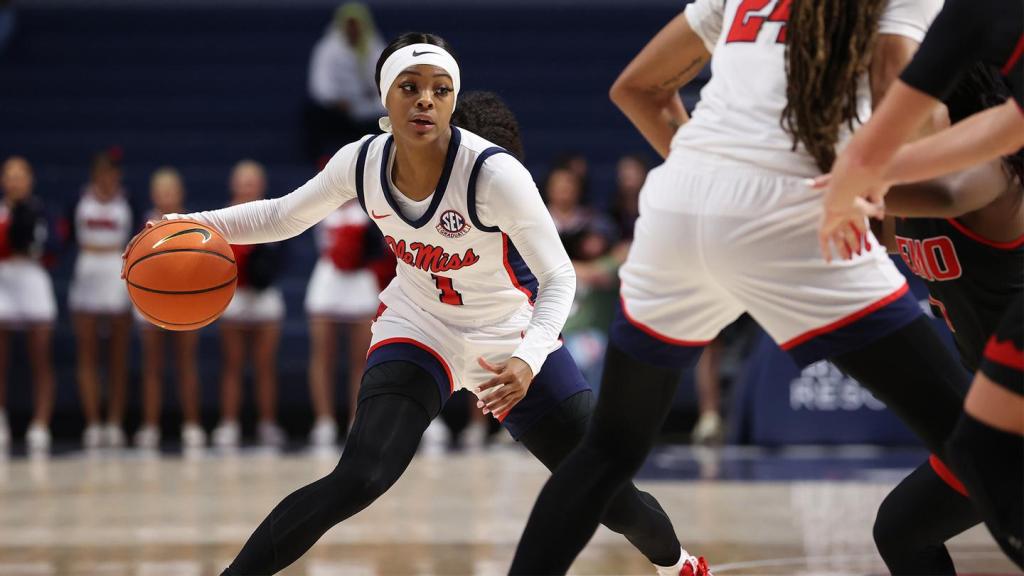 In a milestone win for head coach Yolett McPhee-McCuin nabbing her 150th career victory, it was a group effort pushing the Rebels past Southeastern Missouri State, 83-57 from the SJB Pavilion Thursday night.

Four Rebels finished in double-figures as Ole Miss (2-0), surged past Southeast Missouri State (1-1) off of a hot shooting night as a team, draining 51% of its shots. Snudda Collins led this charge with a game-high 14 points, followed by Angel Baker with 13 points for her eighth consecutive game in double-figures. Lending a helping hand was Myah Taylor, wrapping up her night with nine points and eight assists.

Baker picked up where she left off Monday night, with a layup off the glass to score the first points of the game. With help from Collins, Baker continued to control the tempo of the game with seven points in the opening quarter. The signature Rebel defense showed its strength early on, holding SEMO scoreless for the final four minutes of the quarter to lead 19-8 through 10.

Holding it down off the boards, Scott remained efficient grabbing a total of seven in the game as the Rebels built their lead over the Redhawks. Ole Miss shot extremely efficiently from the field through two, hitting 55 % of its shots in the first half to lead 35-17.

The Rebels came out of the gate in the second half with fire remaining, beginning the quarter on a 12-0 run. SEMO fought back, pushing the Rebels with a 10-0 run of its own. On the defensive end, Rita Igbokwe proved why she’s one of the top-shot blockers in the country, adding three rejections in the second half.

A 6-0 run within the remaining minutes of the game secured the 83-57 win for the Rebels to start off the 2022-23 campaign unblemished.

Ole Miss wraps up its first week of the season with a quick trip to Little Rock on Nov. 13 at 1 p.m. CT. Sunday’s game against the Trojans is set to stream on ESPN+.