No. 11 Ole Miss comes up just short in loss to No. 9 Alabama 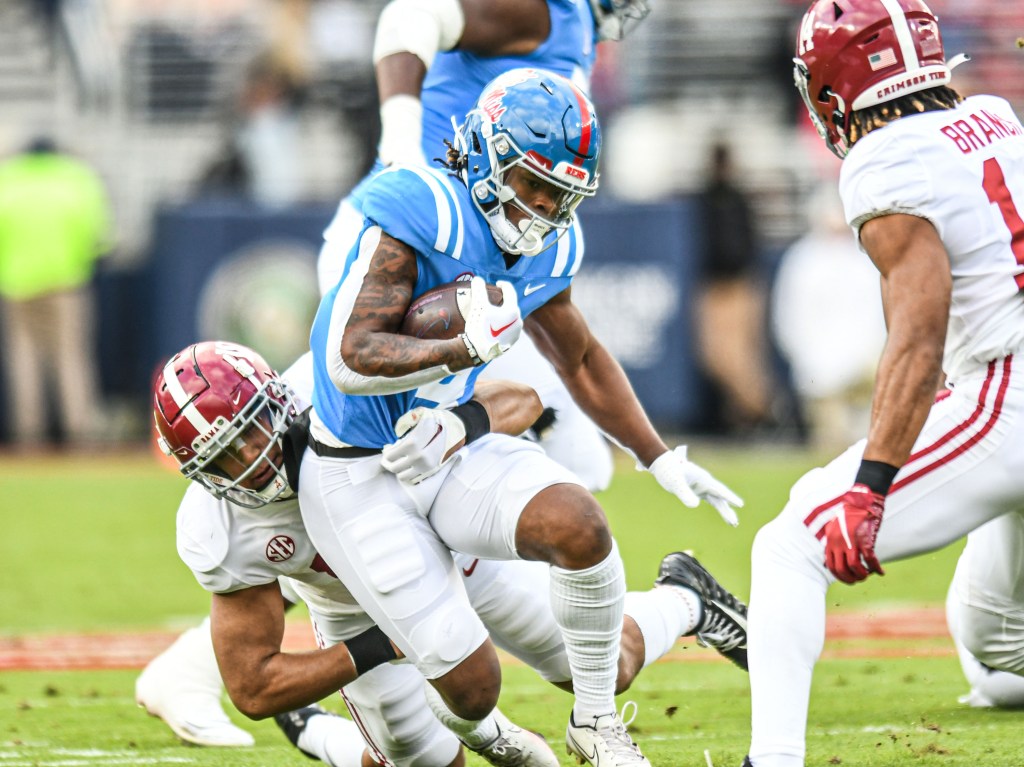 Lane Kiffin does not believe in moral victories.

The Ole Miss head coach made that clear following the Rebels’ 30-24 loss to No. 9 Alabama on Saturday, saying the standard for his program is to expect a victory every week.

“I don’t really give a s*** about how many yards we had or how close the game was, we didn’t win the game,” Kiffin said. “Two years ago I walked off this field and I said we didn’t come here to cover spreads, we didn’t come here to play with what at the time was the No. 1 team in the country. So all these things about ‘oh you did this’ or ‘this freshman running back did this’ — it doesn’t matter. We didn’t win the game.”

The Rebels jumped out to an early lead over the Crimson Tide thanks to some stellar play by their defense, which limited Alabama to just 22 yards of total offense in the first quarter.

Ole Miss led 17-7 with just over five minutes remaining in the second quarter, but a turnover on the first play of their next drive allowed the Tide to get right back in the game as they took advantage of the miscue and cut into the lead with a eight-yard touchdown pass in the closing seconds of the half.

Alabama went on to tie the game with a field goal on the opening drive of the second half before the Rebels answered with a three-yard touchdown pass from Jaxson Dart to Jonathan Mingo that put them up 24-17 midway through the third.

The Crimson Tide answered right back however as quarterback Bryce Young found receiver Ja’Corey Brooks for a five-yard touchdown pass with 1:23 remaining in the third.

Ole Miss was unable to muster any offense from that point on as they struggled to find a rhythm offensively once the Alabama defense settled into the game.

Kiffin was disappointed with the way his team failed to execute after getting up in the first half, saying it is no longer acceptable to be content with narrow losses or moral victories.

“Maybe some other places that’s good, or it’s been good here in the past but it’s not good enough [anymore],” he said. “We came here to win, to beat Alabama and we didn’t do it.”

The Rebels saw their SEC title game hopes fade with the loss, which dropped them to 8-2 on the season and 4-2 in SEC play.

Kiffin and company travel to Fayetteville, Arkansas next week for a matchup with the Razorbacks before returning home to take on Mississippi State in the Egg Bowl on Thanksgiving Day.