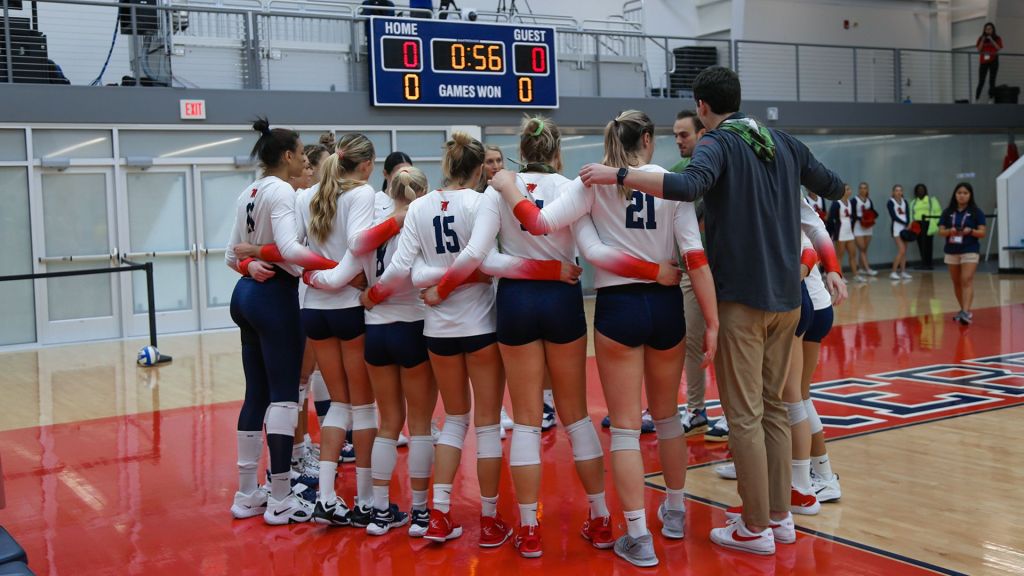 Ole Miss kept things close with Auburn but was unable to come out on top in close sets, falling 1-3 to the Tigers Friday night at the Gillom Center.

It was a rough start for Ole Miss, who quickly fell behind 3-12. After calling a timeout to regroup, the Rebels stormed back with a 12-3 run to tie things up at 15 all. Both teams battled the remained of the set until Auburn opened a three-point lead late. Unfazed, Schnitta reentered and led the Rebels to three straight points, tying the match at 23 all. Ole Miss and Auburn each had chances, getting to set point, but it was the Tigers who ultimately came out on top, 27-25.

The Rebels didn’t let the opening set defeat define them, however. They came out with the same intensity and hit .462 to dominate the Tigers and even the match. Ole Miss quickly jumped out to a 7-3 lead and never looked back. Schnitta caught fire in the set burying five kills on six swings.

Auburn flipped it back on the Rebels in set three. The Tiger defense held Ole Miss to a .029 hitting percentage and ran away with things to go back up two sets to one.

Fighting to force a fifth set, Ole Miss and Auburn went back and forth in set four. Neither team could find an edge early on trading points until the media break. The Tigers finally broke through, building up a three-point lead at 20-17. Ole Miss snapped the momentum with a timeout and climbed back within one. The Rebels fought off one set point but didn’t have enough left in the tank to extend the match, falling 25-23.

Ole Miss picks up action next weekend in Athens, Georgia, when it takes on the Bulldogs on November 18 and 19.