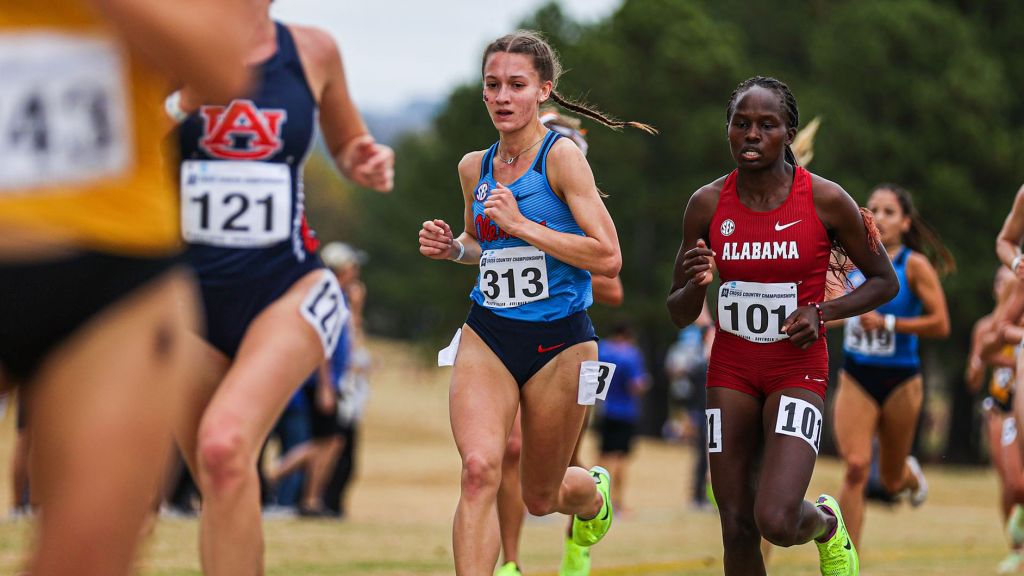 Helmers – a native of Sanderson, Texas – has been the top runner for the Ole Miss women all season long, notching an average finishing spot of 10.2 across her five races this fall. She began the season with an individual win at home in the SEC Preview on Sept. 16 (20:29.2), which earned her SEC Co-Women’s Runner of the Week honors. From there, Helmers was the top finisher for Ole Miss at the stacked Cowboy Jamboree on Sept. 24 (20:55.3) in 25th place, the eighth-place finisher at Virginia’s Panorama Farms XC23 Invite 5K on Oct. 15 (16:53.5) and a Second-Team All-SEC honoree as an eighth place finisher for the Rebel women at the SEC Championships on Oct. 28.

She has been especially fast as of late as well, with a huge 6K best of 19:37.2 at SECs to lead Ole Miss to their seventh straight top-three conference finish, and a second consecutive sub-20 6K time of 19:57.9 at the NCAA South Regional this past Friday for her second career All-Region nod in ninth place (the fourth-best regional finish ever by a Rebel woman).

Helmers’ SEC time is the fastest 6K by a Rebel woman in available records, and she is the only known Ole Miss woman to clock multiple sub-20 times. Other known sub-20 times in Ole Miss women’s history are Loral Winn’s SEC time of 19:57.87 from this year, All-American Sintayehu Vissa’s 19:53.20 from the 2021 NCAA Championships, and Clio Ozanne-Jaques’ 19:48.20 from the 2018 SEC Championships.

Helmers won’t be alone in Stillwater for the national meet, though, as the Ole Miss men nabbed their ninth consecutive team bid to the NCAA Championships after earning an auto-qualifier spot as the second-place finish at the NCAA South Regional on Friday.

The 2022 NCAA Cross Country Championships will be held next Saturday (Nov. 19) at Oklahoma State.