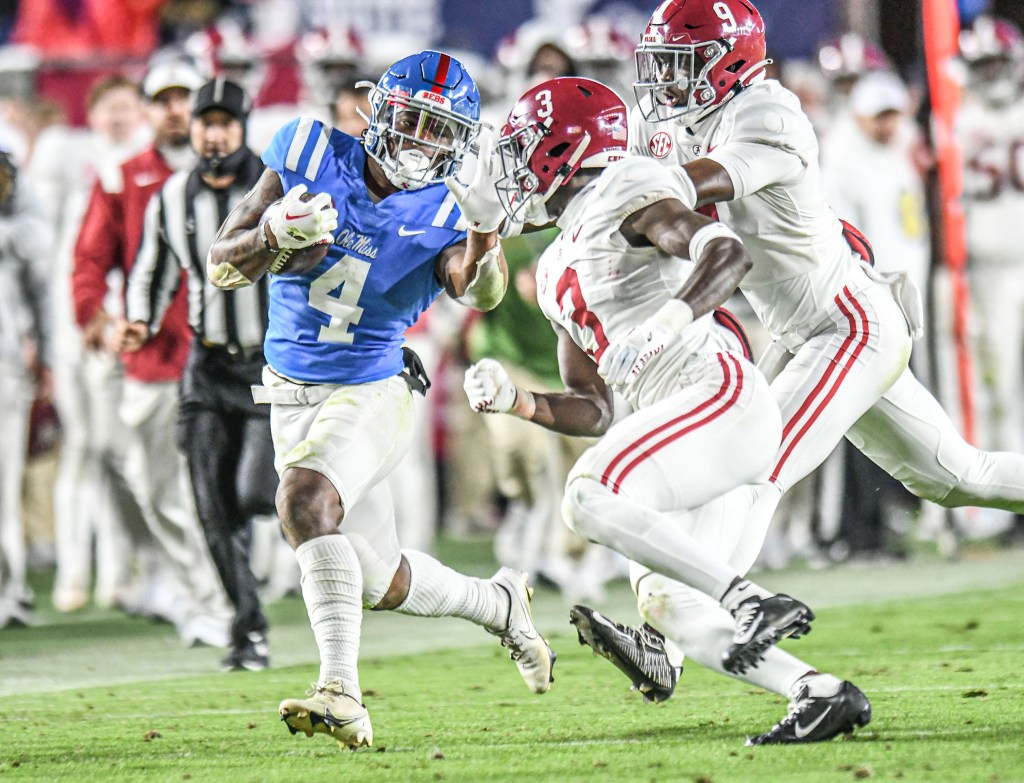 Quinshon Judkins announced his presence on the national stage in a big way this season.

The Ole Miss freshman quickly established himself as a go-to option in the Rebels’ run-heavy offense, and has taken advantage of his opportunities all season as he wreaks havoc on opposing defenses.

His hard work paid off on Saturday, when he broke the school’s record for rushing touchdowns in a single season with a two-touchdown performance in the Rebels’ loss to No. 9 Alabama.

Judkins found the end zone for the first time late in the first quarter as he took a direct snap and plowed through a sea of defenders for a one-yard touchdown rush.

The score gave him 14 rushing touchdowns on the season and moved him into a tie with Brandon Bolden, Deuce McAllister, Archie Manning and Kayo Dottley for the single-season touchdown record.

He took sole possession of first place on the school’s all-time leaderboard a few minutes later when he found paydirt on another direct snap for his 15th touchdown rush of the season.

The Pike Road, Alabama is also closing in on the program record for rushing yards in a single season.

He finished Saturday’s contest with 135 yards on the ground, and is now 142 yards away from breaking Dottley’s all-time mark for yards in a single season.

He will have a chance to break that record next week when the Rebels travel to Fayetteville to take on Arkansas.