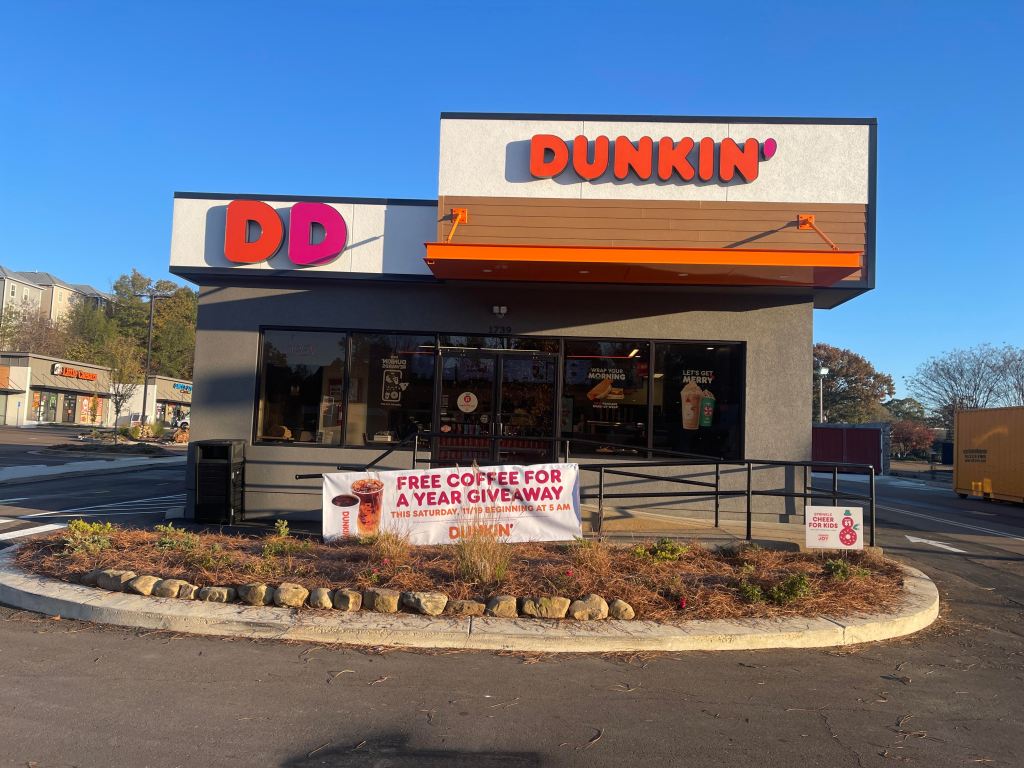 The long awaited Dunkin’ doughnut and coffee store near the corner of University and Bramlett held a soft opening Friday, and was scheduled to have a grand opening this morning beginning at 5 a.m. with a promotion that had fans of the national chain lined up early, despite the freezing temperatures.

General manager and Oxford native Kellye Blakeney said the store would give free coffee for a year to the first 200 customers Saturday. Announced more than a year ago, national supply chain issues and labor shortages resulted in about a six month delay in the projected opening.

Dunkin’ has four other Mississippi locations – two on the coast and in Pearl and Southaven. The brand is still known at some locations as Dunkin’ Donuts, despite a national change that began in 2018 to use the shortened Dunkin’ moniker as a way to focus more attention on its other drink selections.

Oxford’s newest restaurant has both a DD logo and the word Dunkin’ on the front. The space was formerly occupied by The UPS Store that moved to a space in the same shopping center earlier this year. The Oxford Lafayette Chamber of Commerce held a ribbon cutting Friday.

“We actually had students write in to Dunkin’ asking to bring Dunkin’ here to Oxford because a lot of students are very familiar with it. And they knew that we didn’t have a Dunkin’ and it’s more affordable to them versus Starbucks,” Blakeney said.

Oxford’s Dunkin’  will have several new features, including a “coffee tap” with different kinds of coffee that will keep the iced coffee refrigerated throughout the day. The taps make it easier for employees to serve and extend shelf life.

A kiosk screen in the front of the store will let customers place an order and pay. The store will also offer mobile ordering with pickup stations inside.

“We have a drive thru. We don’t have a lot of space for our customers inside, but we believe it’s going to be 90 percent drive-through.”

The local Dunkin’ is owned by franchisee Steven Arttard, who owns nearly 100  Dunkin’ Donuts in Georgia.

Store house will be 5 a.m to 8 p.m., seven days a week. An initial staff of 46 employees will operate the store.