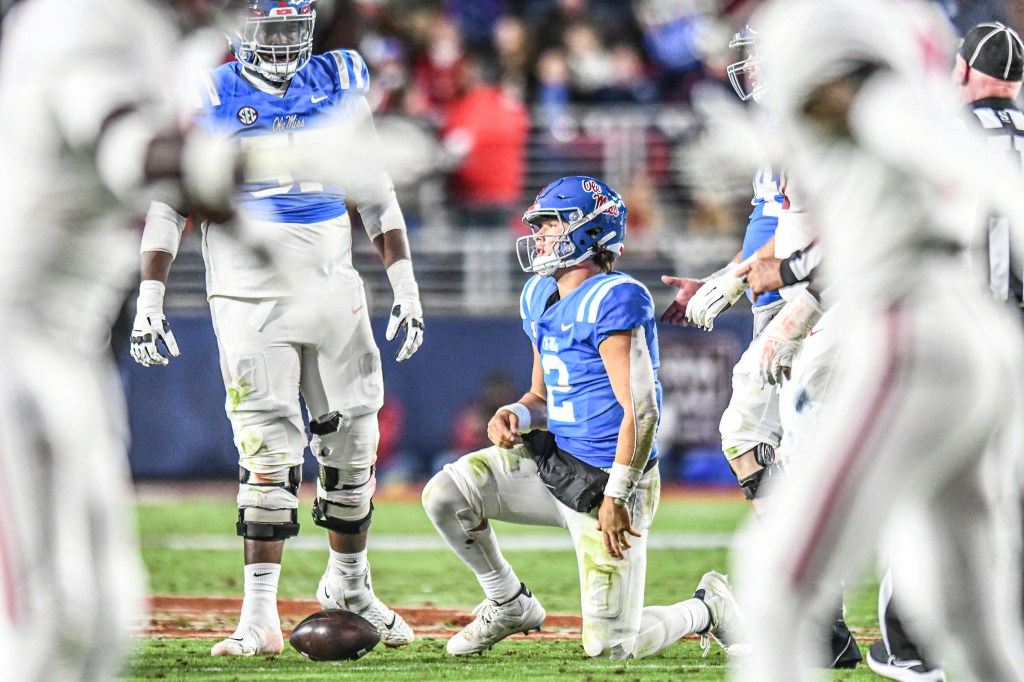 Ole Miss fell six spots from No. 14 to No. 20 in the latest edition of the AP Top 25 this week after suffering a 42-27 defeat at the hands of Arkansas on Saturday.

The Rebels (8-3, 4-3 SEC) were unable to muster any offense until the game was already out of reach as they lost their third game in their last four outings.

The loss sent them tumbling down the rankings in this week’s AP poll, where they find themselves slotted at No. 20 between No. 19 Tulane and No. 21 Cincinnati.

Ole Miss will attempt to right the ship in their final game of the regular season on Thursday, when they take on Mississippi State at home in the 119th edition of the Egg Bowl.

The Rebels will kick things off against the Bulldogs at 6:00 p.m. CT on ESPN.