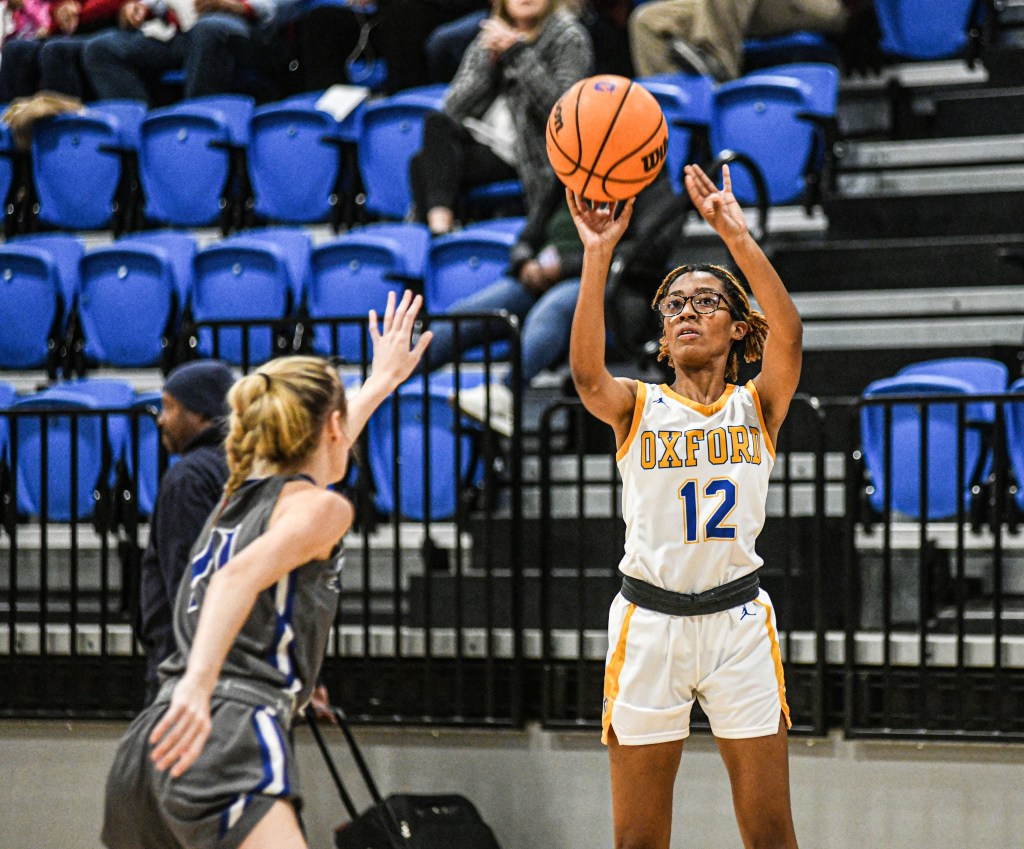 The Oxford girls basketball team cruised to a victory in their first game of the Charger Classic on Monday as they blew out Bayou Academy 60-23.

The Lady Chargers played suffocating defense throughout the game, including a near-15 minute stretch between the first and third quarters where they did not surrender a single field goal.

“That’s kind of been our thing this year. The girls are playing with tremendous energy every game,” said head coach Cliff Ormon. “That’s something that we talk about, defense travels. Whether it’s home or away, if you bring that you got a chance. I think once we picked up the press it kind of changed the game for us.”

Senior Olivia Waddell led the way offensively for Oxford as she recorded 15 points in the first two quarters and change before being subbed out with the game in hand.

Ormon praised his senior leader’s work ethic following the game, adding that he is proud that hard work is paying off for her early in her senior season.

“She’s a hard worker. She’s living in the gym right now,” Ormon said. “As soon as the game is over or practice she’s staying for extra shots, coming in early—I love seeing that success pay off for someone who’s putting in that kind of work.”

The Lady Chargers also enjoyed a stellar performance from senior Kaylin Mathis, who recorded seven points in the victory but made her presence felt on the defensive end as she flew all over the court to disrupt the Colts’ offense.

Mathis recorded four steals in the first half alone, and put her body on the line numerous times as she played with an admirable level of reckless abandon.

“Kaylin is a really hard worker, a good kid and she’s improved every year she’s been in the program. We’re fortunate to have some seniors that buy in to working hard and I’m hoping that rubs off [on the underclassmen],” Ormon said. “That’s what I told them after the game—that should be the standard. You compete as hard as you can every night on the floor.”

The Lady Chargers will be back in action on Tuesday when they host Starkville Academy at 5:00 p.m. CT.