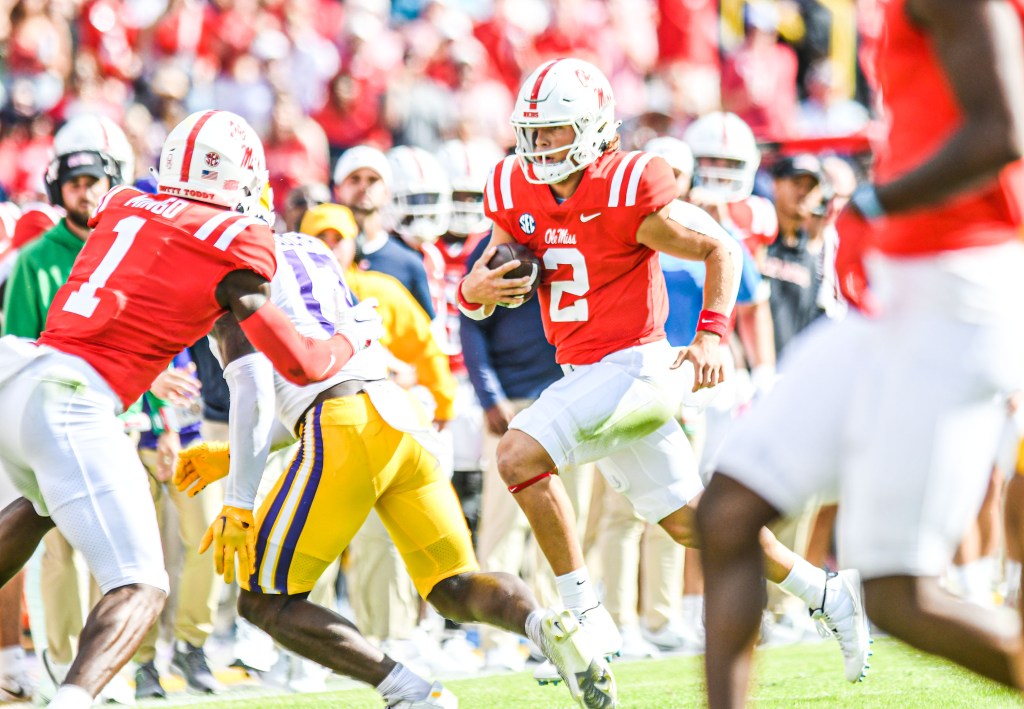 No. 20 Ole Miss will attempt to get back on track and end the regular season on a high note when they take on Mississippi State in the 119th edition of the Egg Bowl on Thursday.

The Rebels (8-3, 4-3 SEC) are reeling following back-to-back losses to Alabama and Arkansas, but will try to right the ship against their archrival in their final game of the regular season.

Lane Kiffin and company have won back-to-back games in the series, including a 31-21 victory on the road last season that clinched the first 10-win regular season in program history.

They will have their hands full this week against a high-flying Bulldogs offense that ranks seventh in the country in passing yards.

Quarterback Will Rogers leads a potent offense full of athletic playmakers capable of exploding for big gains on every play.

The junior signal-caller has thrown for 3,474 yards and 32 touchdowns this season, completing over 68 percent of his passes and amassing a quarterback rating of 141.3.

He is flanked in the backfield by junior running backs Jo’Quavious Marks and Dillon Johnson, who are each averaging over five yards per carry.

The pair have combined for over 1,000 yards and 14 touchdowns on the season, and pose a difficult challenge for an Ole Miss defense that has struggled to tackle in space in recent weeks.

The Rebels are still in line for a high-profile bowl game if they can secure a third-straight victory over their in-state rival, but may find themselves a bit closer to home for the holidays with a loss on Turkey Day.

Ole Miss will kick things off against the Bulldogs at 6 p.m. on Thursday. The game will be available on ESPN and the Ole Miss Radio Network.