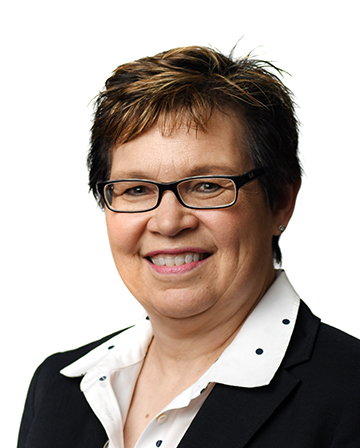 Growing up, the day after Thanksgiving was the shopping day my mom and I looked forward to all year. Stores ran their very best sales on the hottest gifts of the year. The prices were ridiculously low as the stores vied to be the first to get shoppers in the door.

Limited inventory for just a few hours each year meant setting the alarm clock early to beat other shoppers to the door.  It was an event, and my mom and I viewed it as our competitive sport.

It was not called Black Friday as commonly referred to today. That term refers to retailers counting on that day to put them in the black financially for the year.

We prepared for our shopping extravaganza with the Thanksgiving newspaper – the largest paper of the year. We spread out pages of the paper full of ads on the table after Thanksgiving dinner to decide where to be first and what time they opened. We planned to be at the stores at least half hour to an hour early, depending on the deal. We had to be first.

Before dawn, the clock alarms would go off and we would hit the car with no time for breakfast. After all, we were still stuffed from turkey the day before. The day after Thanksgiving was always bitter cold and could be raining. So much the better to keep the amateurs away. We were the pros and knew all the ins and outs of how many places we could hit before deals expired.

We always had our game plan, to get the best deals at the first store, then go on to the next store and so on until we had pretty well finished Christmas shopping by noon.

I remember well the excitement of the day. Cold, driving rain, 4 am, in a line of shoppers inching closer and closer to the store doors waiting for them to open. Shop keepers must have dreaded the sight. Doors opened, and like a starters pistol, the race was on with shoppers run- walking as fast as possible to be the first to find the item and then get to the cash register before the long lines formed. Then on to the next place, to see what deals were still left in our second, third and fourth stops. After the trunk was stuffed with shopping bags, we would make our way home. We were so happy, knowing what smiles we would see on Christmas morning when people opened their gifts.

Why did we do it? Our limited Christmas shopping dollars always went further. We had the pride that we had been able to give someone a nicer gift than we would have bought at full price, and make their Christmas special. And we had one great story to tell about how we braved the cold, the crowds the early morning hours because we were thinking of them.

A few years ago, it was national news when crowds become so unruly that people were injured in the stampedes for Black Friday deals. I understand why it had to stop. Retailers now spread the deals out across the season so not to have the huge hoards for safety and security reasons.

Today, I wait until after Thanksgiving to begin shopping, and like to do most of my shopping in person at local stores. Now, I just consider it a success if I am done by the end of Thanksgiving weekend.