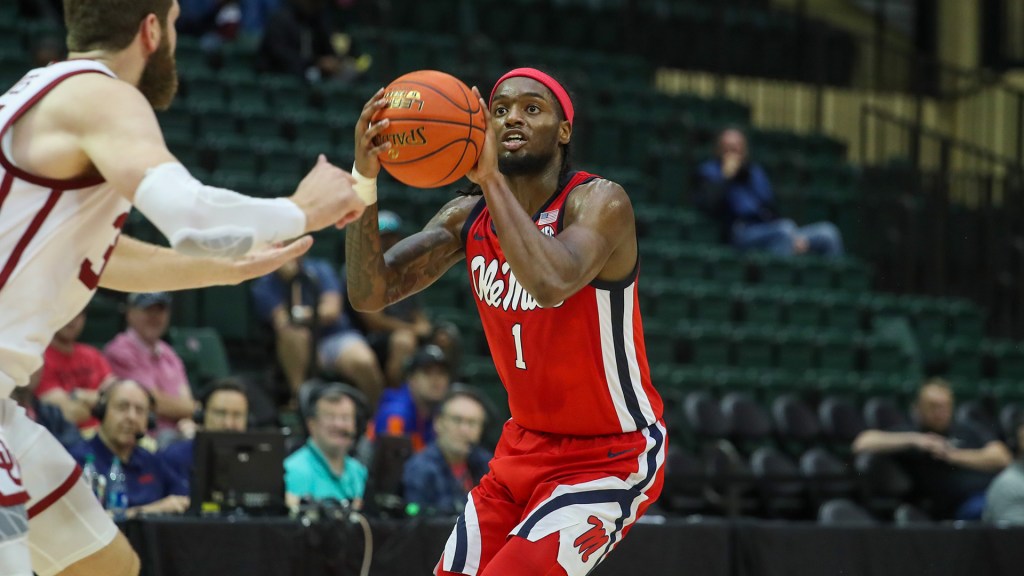 Ole Miss guard Amaree Abram (1) shoots over Oklahoma's Tanner Groves (35) in the Rebels' 62-58 loss to the Sooners in the final of the ESPN Events Invitational in Orlando, Florida on Sunday, Nov. 27, 2022. (Ole Miss Athletics)

Ole Miss guard Amaree Abram was named SEC Co-Freshman of the Week on Monday after leading the Rebels to the final of the ESPN Events Invitational this weekend.

He entered the tournament averaging seven points per game, but posted a career-high 26 points in a win over Stanford on Thursday, the most points scored by an Ole Miss freshman since Blake Hinson recorded 26 in a win over Mississippi State on Jan. 12, 2019. He followed that up with a 19-point performance against Siena in the semifinals before dropping 17 points and five assists in a loss to Oklahoma in the final.

The Rebels have the week off before heading to Memphis to take on the Tigers at 6:30 p.m. Saturday on ESPN2.