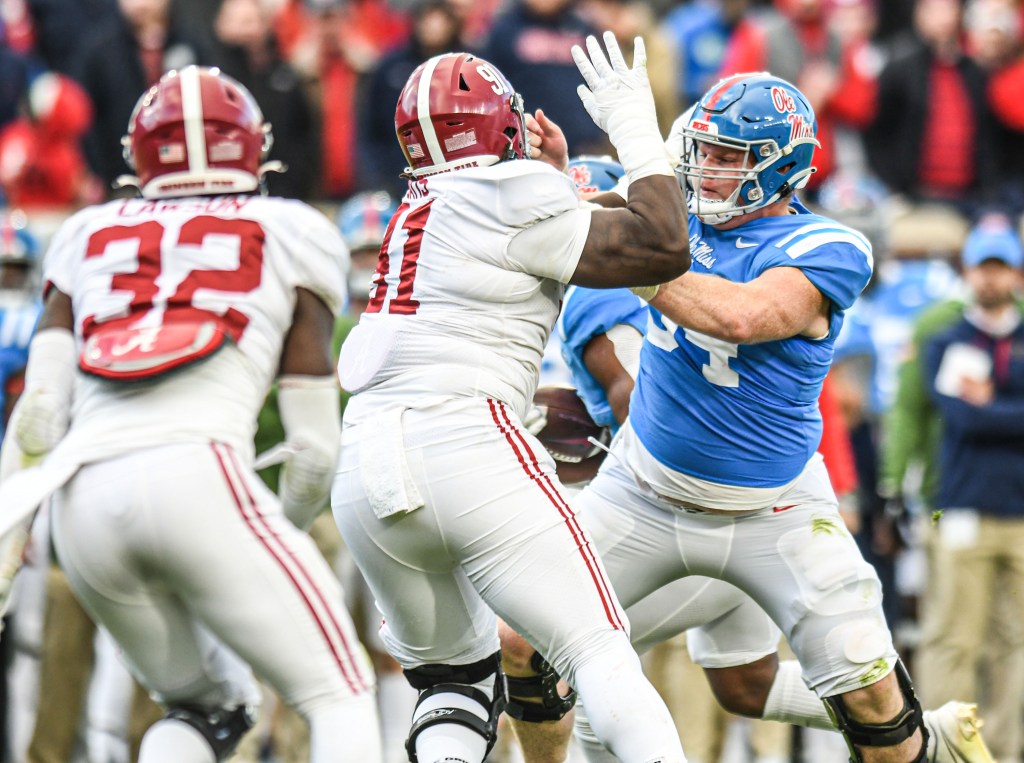 The award has been presented annually to the top collegiate offensive lineman in Mississippi. It is named after Magnolia State native Kent Hull, who spent 11 seasons with the Buffalo Bills, appearing in four straight Super Bowls and three consecutive Pro Bowls.

The Springfield, Illinois, native has started all 12 games for the Rebels at left guard, playing in nearly all offensive snaps (907). Broeker hasn’t allowed a sack in 505 pass blocking snaps and is anchor for an Ole Miss offense that ranks No. 3 in the FBS in rushing yards per game (261.6) and No. 7 in total offense (491.2).

Broeker is a member of offensive line unit that has helped blocked for a rushing attack that features the only team in the country with two players over 850 yards rushing. Ole Miss is the only FBS team with more than 5,500 yards of total offense, while having more than 3,000 yards rushing.