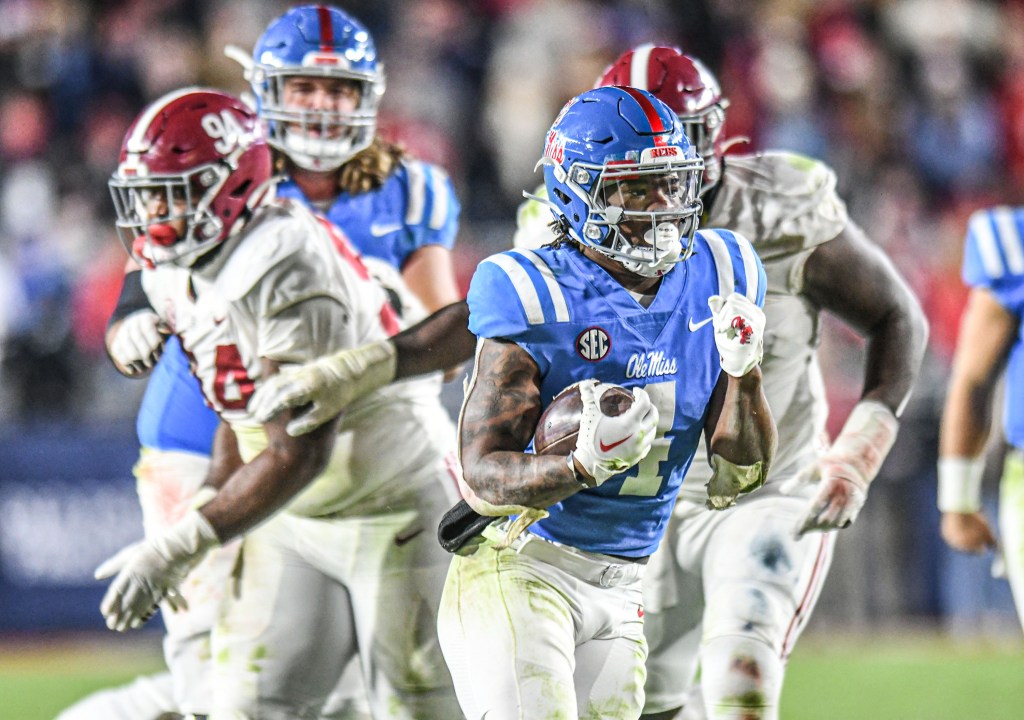 JACKSON, Miss. – For the third straight season, an Ole Miss Rebel has been recognized as the most outstanding college football player in Mississippi.

After a record-breaking freshman campaign, Ole Miss running back Quinshon Judkins was named the winner of the 2022 C Spire Conerly Trophy Tuesday night by the Mississippi Sports Hall of Fame.

Named after College Football Hall of Famer and Ole Miss legend Charlie Conerly, the Conerly Trophy was first conferred in 1996. The trophy has now been awarded to an Ole Miss player 11 times, the most by any school.