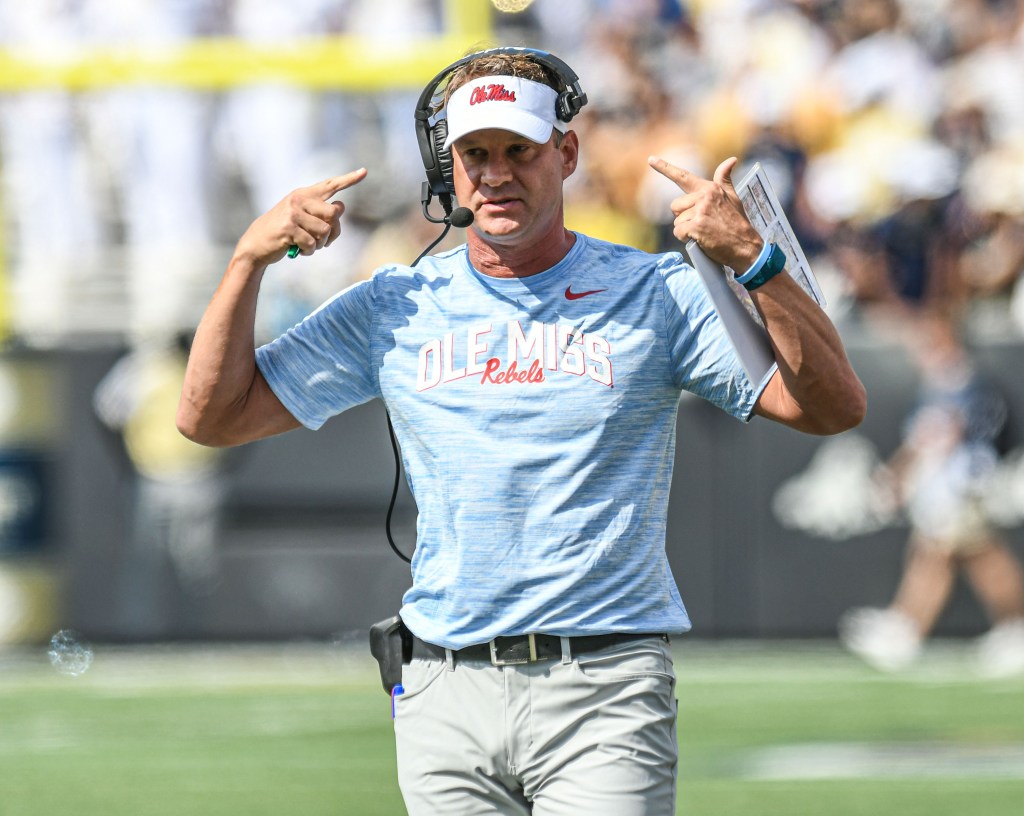 Under head coach Lane Kiffin‘s leadership, Ole Miss Football has experienced unprecedented levels of success, and the university is committed to continuing that momentum into the future. Kiffin, who informed his team of the news prior to last week’s game, has inked a new contract, it was announced Tuesday by Vice Chancellor for Intercollegiate Athletics Keith Carter.

In his three years at the helm of the Rebels, Kiffin has guided Ole Miss to a 23-12 record, including the program’s first 10-win regular season a year ago and eight wins this season as the Rebels are bowl bound for the third consecutive year.

Kiffin’s third year in Oxford has been highlighted by one of college football’s most exciting offenses. The Rebels averaged 491.3 yards per game, finishing the 2022 regular season with a record of 8-4. Ole Miss eclipsed 600 yards of total offense 20 times under Kiffin—a feat that was accomplished only 16 times from the Rebels’ first season in 1893 until Kiffin’s arrival. This brand of high octane, must-watch football has become commonplace in Oxford under Kiffin.

“Coach Kiffin is establishing a program that can sustain success and contend for championships,” Carter said. “We are investing in our football program like never before. The greatly increased salary pool for assistant coaches and support staff is competitive with any of our peers, and from a facility standpoint, the $45 million renovation of the Manning Center will conclude this summer. In addition, the remarkable support of Rebel Nation has produced tremendous momentum in NIL. We will continue to equip Coach Kiffin with these and the other resources necessary to compete and win at the highest level and build on the accomplishments of the last three seasons.”

“We appreciate Chancellor Glenn Boyce, Director of Athletics Keith Carter and the entire Ole Miss administration for their commitment and support of our football program,” Kiffin said. “With the support from our collective and a new state-of-the-art facility, we will be able to build off what we have achieved so far and offer more opportunities to our student-athletes. I have a tremendous amount of gratitude for our fans, players and staff and am extremely excited to take this team to the next level. Hotty Toddy!”

Last season, Kiffin guided the Rebels to a 10-3 record and an appearance in the AllState Sugar Bowl. The team was a perfect 7-0 at Vaught-Hemingway Stadium, which was part of a 14-game home win streak under Kiffin. The Rebels finished the season ranked No. 11 in both the AP and AFCA Coaches Poll—the program’s highest final ranking since 2016.

In his first year at Ole Miss, Kiffin quickly turned the Rebels into an offensive powerhouse. Averaging a school record 555.5 yards of offense per game, the team finished with a 5-5 record in the COVID-shortened campaign, concluding with a victory over No. 7 Indiana in the Outback Bowl.