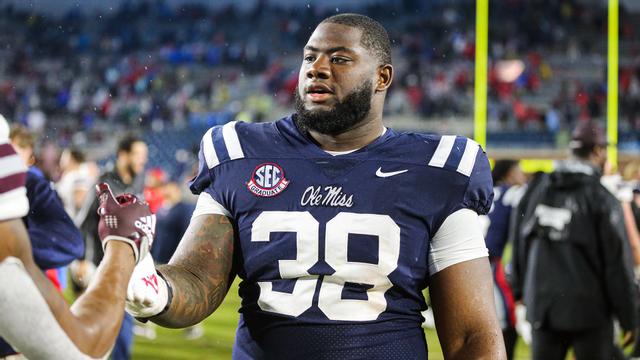 The SEC names a Community Service Team for each of its 21-league sponsored sports, looking to highlight an athlete from each school who gives back to his community through superior service efforts.

Hill, who has already graduated from Ole Miss with a bachelor’s in exercise science, has also made a tremendous impact to the Oxford community and is an exemplary role-model on and off the field. He has contributed to the community through both the Ole Miss Athletics program and local organizations.

The Eufaula, Alabama, hosted KD’s Fun Day in Oxford earlier this fall. The community event was a way for Hill to give back to the community prior to the start of the 2022 school year with games, photo booth, scavenger hunt and more. Hill has also visited the Boys and Girls Club of North Mississippi and Oxford Housing Authority numerous times to provide food and speak with students about perseverance and leadership.

Along with Ole Miss MBA students, Hill has also taken part in the Grove Grocery Mission, which helps raise money for the University of Mississippi Food Pantry. Through the athletics department Hill has engaged in the Adopt-A-Basket program every year, which assists families in need throughout the Lafayette-Oxford-University Community with Thanksgiving baskets.

Hill has made an extraordinary effort to positively impact the education system in the community as well. He has volunteered at both Oxford and Lafayette Elementary as a car buddy, welcoming students to school by opening doors and waving to them to start their day. He has also participated in the Feed the Sip program which helped collect non-perishable food items to donate to elementary schools in Tunica and Quitman County.