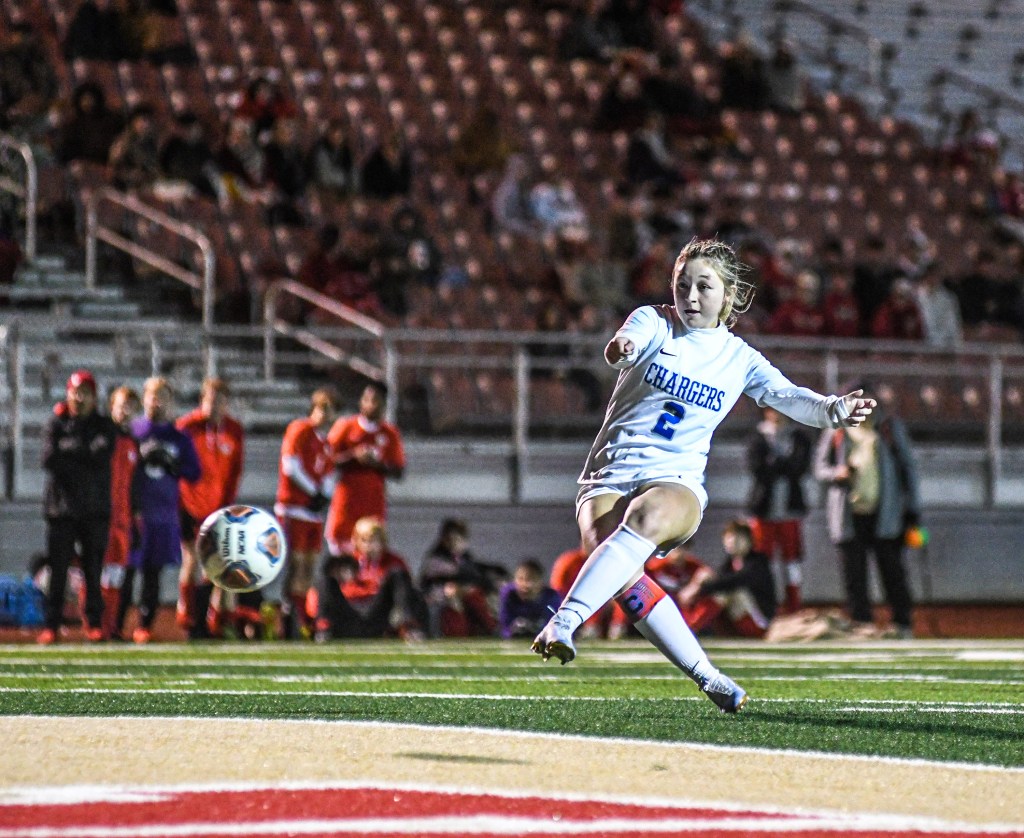 The Oxford girls soccer team came away with a thrilling win on Thursday as they defeated crosstown rival Lafayette on penalties after a back-and-forth second half.

The Lady Chargers (5-3) controlled the action for most of the game, dominating possession in the midfield and playing the majority of the match in the attacking third.

They had numerous chances to break through in the opening half, and finally found the back of the net with just over 10 minutes remaining before the break as an attempted cross pinged around the box for a few moments before falling to the feet of Taylor Grace Hamilton who buried it in the bottom left corner for the opening goal of the contest.

“That’s kind of our focus is to get as much control in the midfield as possible… we wanted to get the ball to them and then out wide and move it to the forwards from there,” said Oxford head coach Hunter Crane. “That was kind of our gameplan — to go inside, outside and then back up and we did that very well, we had possession for a long time in the game.”

Just when it looked as if Oxford would carry a lead into the break, Lafayette’s Caroline Perkins nabbed an errant pass between defenders, deked the keeper and buried one in the back of the net to even the score with mere seconds remaining in the half.

The Lady Commodores (7-3) capitalized on the momentum as Caroline Wilson broke free down the right wing on a counter attack early in the second half before crossing one in to Perkins who found the back of the net for the second time on the night.

“When they pressed up and we could get numbers forward — I think that was something that was working for us, we just had to find those opportunities,” said Lafayette head coach Melinda Scruggs. “It was back-and-forth and I mean that’s just kind of how this game goes with Oxford.”

Their lead would not last long however, as Oxford answered right back with a laser off the foot of Parker Martin that blasted past Lafayette’s Sara Jane Wilburn in goal to even the score at 2-2.

Both sides searched furiously for the winner over the final 10 minutes of regulation, and the Lady Chargers nearly broke through in the closing seconds but a superb save by Wilburn preserved the draw and sent the match to penalties.

Oxford was perfect from the spot in the shootout, and a save by Kaitlyn Urbanek on the Lady ‘Dores first attempt proved to be the difference-maker as the Lady Chargers came out on top in the shootout 5-3.

Lafayette moves on to face Senatobia at home on Tuesday, while Oxford turns their attention to district play with Starkville coming to town on Monday.