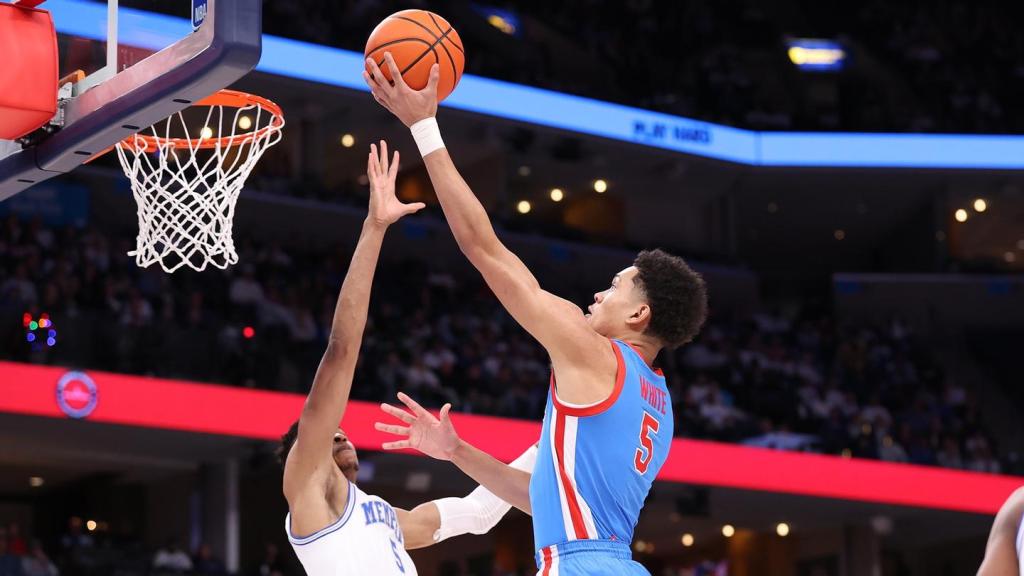 MEMPHIS, Tenn. – Trailing by 14 at the half, the Ole Miss men’s basketball team came up short at Memphis despite outscoring them in the second period, falling 68-57 at the FedEx Forum on Saturday night.

The home team came out to a quick start, shooting 10-of-15 from the floor early to put the Rebels (6-2) down 21-6 with 12:11 to go in the first half. After the Tigers (6-2) increased their lead to 22, Daeshun Ruffin scored his first field goal of the season and James White added five straight points to help cut into the Ole Miss deficit. A bucket in the paint by Amaree Abram in the closing moments of the first half made it a 36-22 game in favor of Memphis at the halftime break.

“I was proud of our guys the last 30 minutes,” said Ole Miss head coach Kermit Davis. “We did some good things, the freshmen guard play kind of rose its head today, and hopefully Amaree, who’s going to be a really good player, learned a lesson from two veteran guards that really played well.”

The length of Memphis down low kept the lead out of reach for the Rebels through the beginning of the second half, as the Tigers would end the night with 46 points in the paint. With 2:43 left to play, Theo Akwuba connected on a pair of free throws to add to his season-best 10 points, pulling Ole Miss within single digits at 62-53. However, the clock ran out on the Rebels’ comeback attempt, after outscoring the Tigers 35-32 in the second half.

“Give Memphis credit, but I’m proud of our team for the last 30 minutes,” said Davis. “We have to get back to exams, grow from it, and there’s a lot of basketball ahead.”

Three Rebels hit double-digits in the scoring column, led by Memphis native Matthew Murrell’s 13 points, who connected on a trio of three pointers for the 13th time in his career. Myles Burns (10 points) hit double-digits for the second time in his early career with Ole Miss, while Akwuba set a new Ole Miss-best with 10. Sophomore James White set a season-high in points as well, scoring seven.

The Rebels will take a short break for finals during the week before returning to action on Saturday, December 10, when they host Valparaiso at 2 p.m. CT in SJB Pavilion on SEC Network.