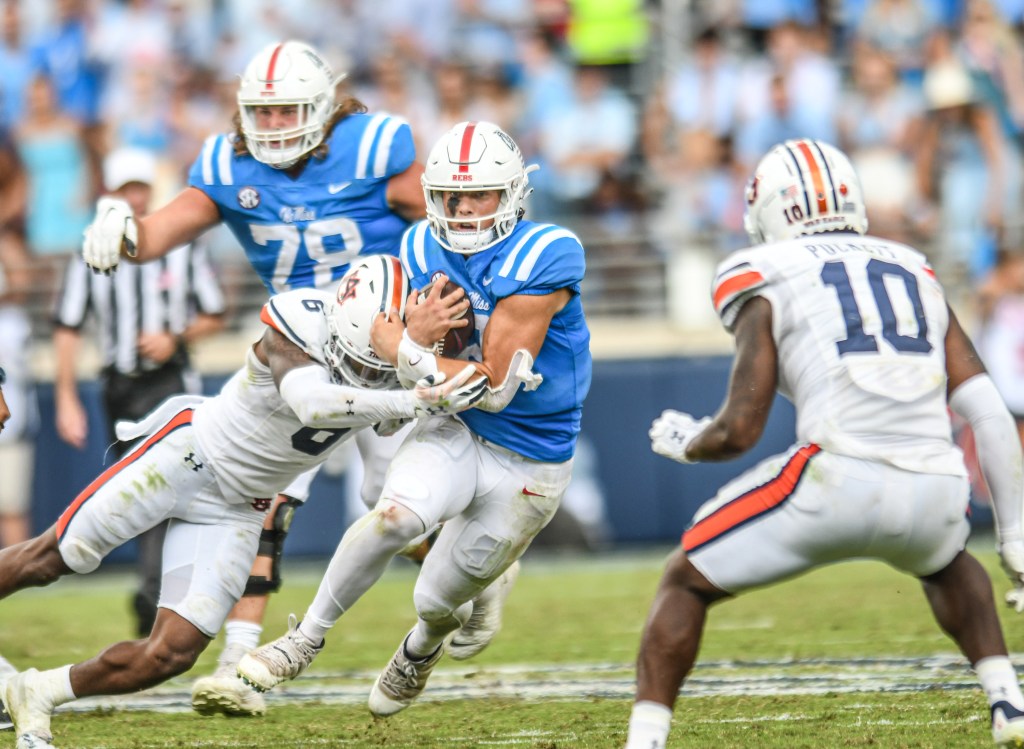 Ole Miss is going bowling for the third straight season as Lane Kiffin and company accepted an invitation to play Texas Tech in the TaxAct Texas Bowl on Dec. 28 in Houston.

Ole Miss is 4-2 all-time against Texas Tech, including a perfect 3-0 in postseason matchups.

Their last meeting came in the 2018 season opener, which was also played at NRG Stadium and saw the Rebels come away with a 47-27 victory.

“Our team is excited to get back on the field and compete against a premier program like Texas Tech in the TaxAct Texas Bowl,” Kiffin said in a press release. “We look forward to representing our university in the state of Texas and on this national stage.”

Ole Miss started the season with a perfect 7-0 record before losing four of their final five games, including three straight to end the regular season.

The Rebels rank 15th nationally in bowl wins and 25th in bowl appearances, and boast the third-best winning percentage in the nation with a 24-14 record all-time in bowl games, excluding a vacated victory in the 2013 BBVA Compass Bowl.

This will mark the first-ever appearance for Ole Miss in the Texas Bowl.

The Rebels will face off against the Red Raiders at 8 p.m. CT on ESPN in NRG Stadium.

“We look forward to making our first appearance in the TaxAct Texas Bowl and continuing our rich bowl tradition,” said Keith Carter, Vice Chancellor for Intercollegiate Athletics. “Houston is one of our largest and most passionate alumni bases, and this game presents an excellent opportunity to join the Ole Miss family in the Lone Star state. We are grateful for this national platform, and we expect Rebel Nation to be well represented.”