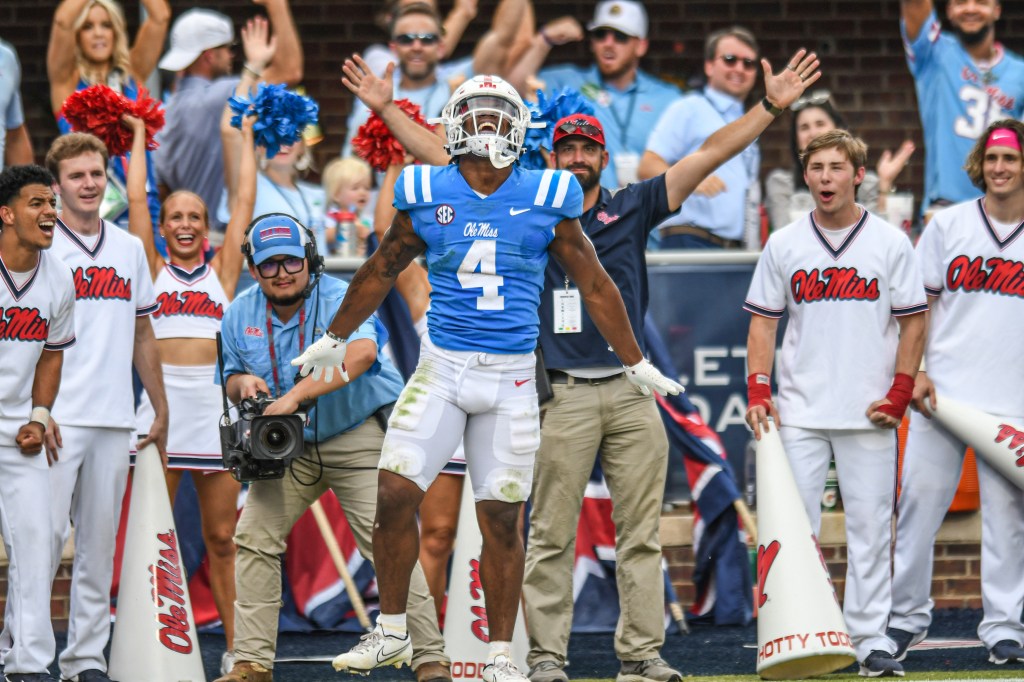 Ole Miss running back Quinshon Judkins capped off his freshman season with some hardware on Monday as he was named SEC Newcomer of the Year by the Associated Press.

Judkins broke the school’s single-season records for rushing yards and touchdowns in a season, tallying 1,476 yards and 16 touchdowns on the ground, both of which led the conference.

The true freshman’s emergence early in the season was a welcome boost to an Ole Miss backfield that struggled with injuries throughout the year.

Despite their inconsistent health, Judkins led an Ole Miss rushing attack that paced the SEC and ranked third nationally in yards per game.

He eclipsed the 200-yard mark twice in the regular season, including a career-high 214-yard performance on the ground in a loss to Arkansas on Nov. 19.

He is just the second Rebel to ever record multiple 200-yard rushing performances in a season, joining Kayo Dottley, who tallied three such games in 1949

He was a consistent presence for an offense that struggled to find a rhythm against some of the better defenses in the SEC, finding the end zone in nine of the Rebels’ 12 games this season.

Judkins is the first Ole Miss running back to earn All-SEC honors since Dexter McCluster achieved the feat in 2009, and the first to earn a First Team selection since Benjarvus Green-Ellis in 2006.

Ole Miss concludes their season with a matchup against Texas Tech in the Texas Bowl in Houston on Dec. 28