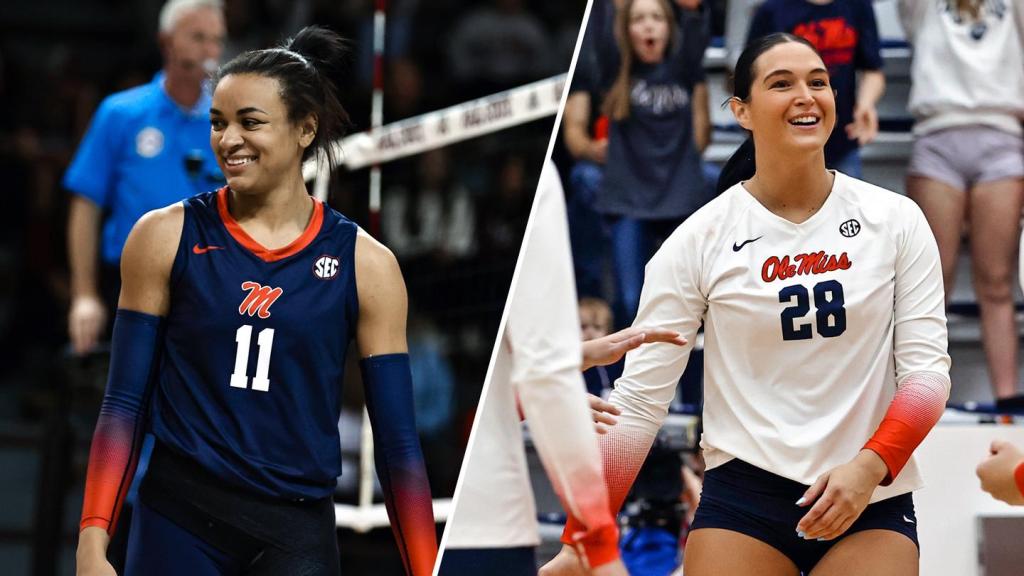 It also marks the second consecutive season that the duo of Bair and Ratliff have earned All-Region honors. They become the fifth and sixth Rebels in program history to garner multiple All-Region nods from the AVCA as voted on by the south region head coaches.

Bair wrapped up her senior season with AVCA All-Region Honorable Mention honors. The St. Louis native led the Ole Miss attack again in 2022, compiling 344 kills while hitting at a .255 clip. Bair racked up double-digit kills in 19 of her 26 matches played on the year, including a season-high 20 against Wake Forest. The outside hitter also etched her name into the Ole Miss record books this season, becoming the 15th Rebel to reach the 1,000 career kill milestone.

Ratliff, an All-SEC selection, showcased why she is one of the best middle blockers in the SEC and South Region in her junior season. She capped off the season with 106 total blocks, moving her into fifth all-time at Ole Miss with 291 in her career. The Atlanta native was also an offensive weapon, tallying the second most kills on the team with 277 and doing so at a blistering .343 clip that ranked fifth in the SEC. Ratliff tallied double-digit kills in 13 matches, including a season-high 21 at LSU on September 30.