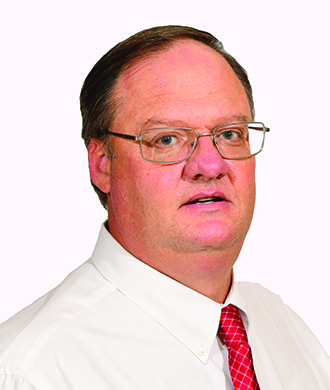 I always wanted to be a Wise Man.

I think about this every Christmas season when the plays and programs begin, and it’s my duty to attend a fair number of such productions. They are mostly the same, and in one way or another, purport to recreate the great event recorded in Luke chapter 2 of the Holy Bible.

Everybody, I suppose, has been part of a Christmas skit or play. As a child reared in the South, most of us were in dozens of programs. And each of the programs brought the chance, yea the hope, of being chosen for a major part in the play.

The Christmas story really has just six good parts for a kid, at least the way we presented it at Presbyterian Day School in Clarksdale. The angel choir was out for sure, because I was certainly not angelic and my noise was far from joyful.

First, or course, was Mary. When we were in Christmas programs this part always went to a girl, usually the prettiest one in the class, just like the Lord intended.

With all that’s happened in this country the last few years, I’m almost afraid to look at the Mary actor at some programs. Who knows if it will be a Mary? Or a Gary? Or someone who isn’t sure if they are Mary or Gary? Too scary!

Anyway, the role of Mary was out for me. Next we had Joseph. Never had a chance there, either. Usually a tall kid with curly hair got to be Joseph. It also helped, I noticed, if your mother was the kind to surprise the class with brownies or cupcakes sometimes.

This leaves four good spots – the Drummer Boy and the three Wise Men. I almost got to be the Drummer Boy one year because the kid that was supposed to do it got chickenpox  and was out of school after Thanksgiving, but he somehow recovered in record time (a Christmas miracle!) and returned to class the day of the program.

He rendered a marvelous portrayal of the little Drummer and the teacher, who was worried the spotlight would show the Calamine lotion spots still on his face, said he was brave to come back for the program after missing most of the rehearsals. The understudy, sadly, never got to rompa-bom-bom, and ended up playing a sheep I think.

Now we have left the coveted roles of the Wise Men. This was the role I wanted. It was perfect. You got to stand in the back of the church or auditorium until close to the end of the program. No having to sit still and stare into the bright lights and listen to all those songs for the hundredth time that year.

Yes, a Wise Man was the greatest role. Somehow I never made the cut, although some readers will think it perfectly fitting, and they’re probably right. No, it was always my portion to be counted among the mostly lowly of the characters – the Shepherds.

Now in the story, the Shepherds have a great role, and it must have been a wonderful experience for those young men that night some 2,000 years ago. But, it’s not a great part in a program. First, the Shepherds are on the scene early and stay the whole time. Then there’s the costume. It’s terrible, but it has to be.

The Wise Men would get to spend extra time away from class working on their costumes. Wise Men got to wear nice robes, and wear big hats and carry boxes all painted up and covered in glitter.

Shepherds had to wear these itchy old potato sacks or whatever else the teacher could find to wrap around us and the staffs were just big sticks, and not very fun after we got bored poking people with them.

The Wise Men got to walk slowly down the aisle, holding their fancy little cigar and tissue boxes with the mythical gold, frankincense, and myrrh. The Shepherds, meanwhile, were standing off to the side wearing an old curtain, and watching all the fun.

So when I’m watching Christmas plays this year it will be with special attention to those youngsters, like me, not chosen for Mary, Joseph, the Wise Men, or even the Drummer Boy, but for that enduring role commonly known by directors as “one of the Shepherds.”

A psychologist, I suppose, would say I have repressed feelings of resentment for Wise Men, and that probably accounts for my surliness. Maybe so.

Maybe I should embrace my inner Shepherd and get over the hot glue gun. It’s been 40 years, and it’s time to let it go.