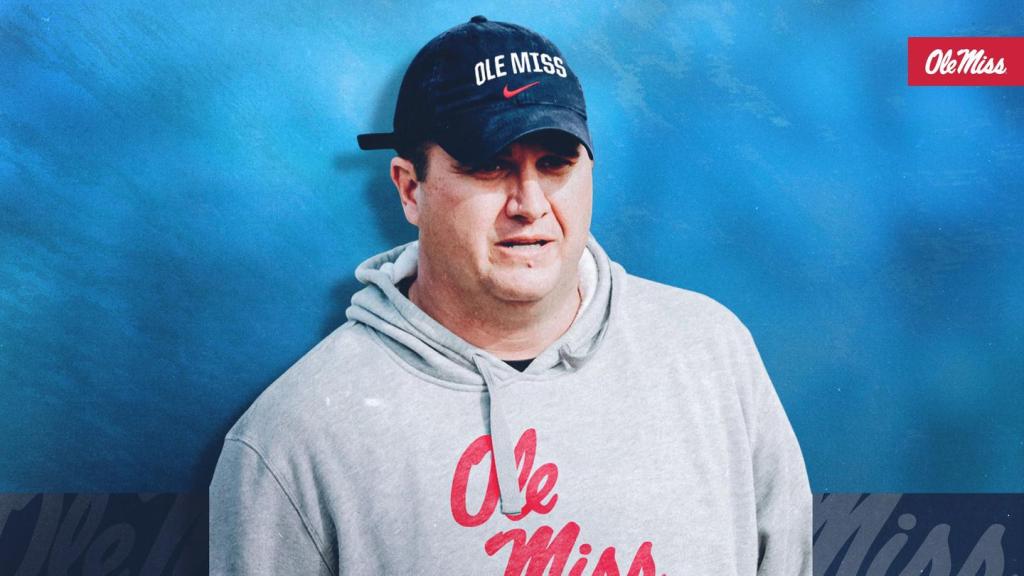 Garrison, who spent the last four seasons at NC State, has over 15 years experience coaching at the collegiate level.

“John is one of the top coaches in the country,” Kiffin said. “We are always in pursuit to give our student-athletes the best in all areas, as we take the next step forward with our program here at Ole Miss.”

The Blue Springs, Missouri, native led a Wolfpack o-line in 2022 that featured two All-ACC selections in Grant Gibson and Chandler Zavala. Gibson recorded 38 pancake blocks in 10 games this season and allowed just two sacks in 643 total snaps while anchoring the Pack offensive line. Zavala registered 31 pancake blocks and allowed just 0.5 sacks in 747 snaps this season. Zavala was named a midseason All-American according to The Athletic and has started all 12 games this year at left guard.

From 2019 until 2021, Garrison helped mentor one of the most successful offensive lineman in NC State history. Ikem Ekwonu was a three-year starter for the Wolfpack and earned unanimous All-America accolades as a junior last season. A finalist for the Outland Trophy in 2021, Ekwonu was the first offensive player selected in the 2022 NFL Draft, as he was chosen sixth overall by the Carolina Panthers.

Under the guidance of Garrison, NC State ranked third in the ACC in 2021 allowing 25 sacks on the year, despite losing its starting left guard midway through the season.

Prior to NC State, Garrison spent the 2018 season as run game coordinator and offensive line coach for Kiffin at FAU. Garrison’s 2018 FAU line ranked 13th in the FBS in sacks giving up just 1.17 sacks per game. The Owls also led Conference USA and ranked No. 14 in the FBS in rushing with 241.8 yards per contest.

Garrison also coordinated the run game and o-line at UNLV from 2015-17. In 2017, the Rebels finished 15th in the country in rushing and set the school record for fewest quarterback sacks allowed. During his first season in Las Vegas, the Rebel line helped the team post a dramatic improvement in the run game, finishing 36th in the nation in yards per game.

Garrison returned to Nebraska, his alma mater, for his first collegiate coaching position in 2008. He would go on to spend seven seasons with the Cornhuskers, beginning as an intern and then serving as offensive line coach in 2013 and 2014. Garrison’s offensive line paved the way for All-American Ammer Abdullah, who rushed for more than 1,500 yards in both the 2013 and 2014 season.

In 2014, Garrison was honored for exceptional work on the recruiting trail for the Cornhuskers as Rivals.com tabbed him as one the nation’s top 25 recruiters.

Garrison was a four-year letterman at Nebraska from 1999 to 2002, and earned honorable-mention All-Big 12 accolades as a junior and senior. Garrison was Nebraska’s starting long snapper as a true freshman in 1999, helping the Huskers to a 12-1 record and Big 12 title. He was a backup center and guard, and handled long snapping duties in 2000.

In 2001, Garrison moved into the lineup as the starting center and helped Nebraska to an appearance in the BCS National Championship Game, while quarterback Eric Crouch won the Heisman Trophy. In his senior season, Garrison was elected by his teammates as one of three co-captains.

Garrison graduated from Nebraska with a degree in secondary education in 2003. He and his wife, Jamie, have four children: Lilly, Jack, Valerie and Beau.