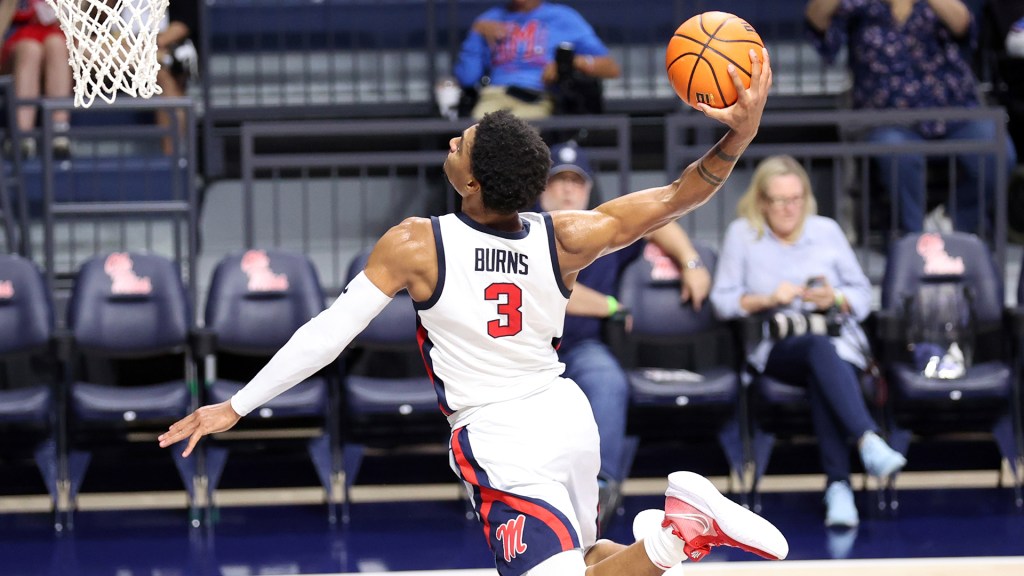 The two squads are both off to hot starts this season, but struggled to find a consistent rhythm offensively in losses to quality opponents.

Here’s a look at how the two teams stack up as we get closer to the start of conference play:

None of the above comes as much of a surprise.

The Rebels beat the teams they were supposed to and made a nice run in the ESPN Events Invitational before falling to Oklahoma in the final.

They followed that up with another loss to a Memphis team sitting on the edge of the top 25 before returning home to clobber Valparaiso in a lopsided blowout.

Despite the lack of surprises, this year’s Ole Miss squad is still a confounding one.

The Rebels are capable of dominating the boards and locking down opponents on any given night, but they also struggle with creativity on offense and often get lost on the defensive glass.

That lack of commitment on the defensive glass came back to bite the Rebels in their loss to Memphis on Dec. 3, when they surrendered 20 offensive rebounds in a 68-57 defeat.

Their lack of perimeter shooting has also posed problems early in the season, as Ole Miss ranks 308th out of 352 qualified teams in three-pointers attempted. Their 33.1% mark from downtown ranks 209th in the country, but there are some signs that the shooting may come around eventually.

Three players on the roster boast percentages north of 40%, and with juniors Jaemyn Brakefield and Matthew Murrell knocking down 37% and 35% of their attempts from beyond the arc respectively, the Rebels’ shooting struggles can be blamed on a few noticeable outliers.

First is senior transfer Myles Burns, who has knocked down just two of his 17 attempts from beyond the arc to start the season.

The defensive behemoth isn’t necessarily out there to be a knock-down shooter, instead using his elite length and speed to disrupt opposing offenses with relentless intensity. He has recorded the eighth-most steals in the country to this point with 25, and ranks third on the team in blocks with six swats.

The Loyola New Orleans transfer shot just under 28% from 3-pt range over three seasons with the Wolf Pack, so he should start to become more consistent from outside as he continues to adjust to the Rebels’ system.

Other outliers include James White and Robert Allen, who have combined to go 1-for-13 from beyond the arc. Neither player is a volume three-point shooter, but their early-season struggles have dragged the team average down significantly.

The Rebels are bigger, stronger and more athletic than they were last year, but they still struggle when defenses take them out of their primary action and may have trouble scoring in conference play if the shots aren’t falling from the outside.

Ole Miss closes out their non-conference schedule with matchups against Central Florida on Wednesday, Temple on Saturday and North Alabama on Dec. 20 before kicking off their SEC slate at home against Tennessee on Dec. 28.

Again, none of the above should come as a surprise.

A year removed from their first NCAA Tournament appearance in 15 seasons, Ole Miss is off to a strong start behind one of the best defenses in the country.

Ole Miss has embraced a fierce defensive identity under head coach Yolett McPhee-McCuin, and they look poised to dominate that end of the floor once again this season.

The offensive end is a work-in-progress however, as the Rebels rank 104th in field goal percentage, 217th in three-point percentage and 257th in free throw percentage.

Inefficiency from three-point range and the free throw line came back to bite Ole Miss last year, and it appears to be an achilles heel for them once again this season as they try to make the tournament in back-to-back seasons for the first time since 2005.

The Rebels close out their non-conference schedule with games against Jacksonville on Wednesday, McNeese State on Saturday and Temple on Dec. 21 before hosting Auburn on Dec. 29 to kick off their SEC slate.