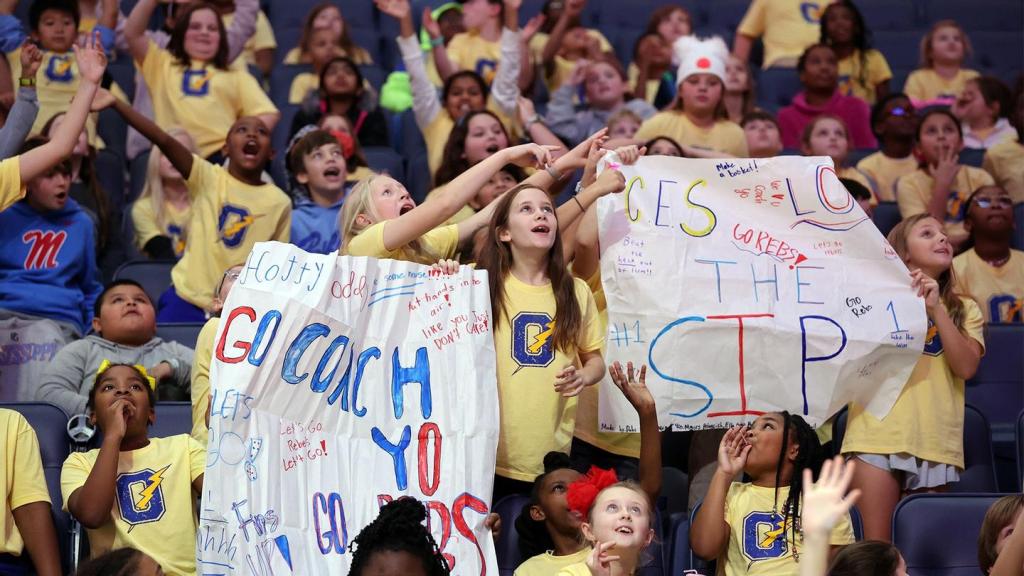 On Ole Miss women’s basketball’s favorite day of the year, the Rebels came out victorious thanks to two big double-doubles by Madison Scott and Tyia Singleton in a 66-52 Kids Day win over Jacksonville on Wednesday morning.

Scott and Singleton equally led the offense together, both combining for more than half of Ole Miss’ points. Scott put together a new season-high in points (19) and a career-high in rebounds (17) for her fourth double-double this season. Singleton also updated her career-high in rebounds (15) along with 12 points to give her a second double-double this year.

Ole Miss (9-2) remains undefeated on the annual Kids Day, holding an impressive 19-0 record when the kids arrive at the SJB Pavilion. The Rebels kept the tradition going, holding Jacksonville (5-4) to a 32.8 field goal percentage. Ole Miss outrebounded the Dolphins 48-32.

The first quarter was an even battle between the two teams with both offenses only completing five baskets from the field. At the end of the first, it was a tie ballgame at 13-13.

The second quarter brought the Ole Miss defense out, holding the Dolphins to their lowest shooting percentage of the game at 29.4 percent. The Rebels got the ball moving on the offensive end, going on a 16-2 run in six minutes of the second to give them a six-point advantage at the half. Heading into the second half, Ole Miss had four players nearing double-digits in scoring with Angel Baker, Destiny Salary, Scott, and Singleton all with at least six points.

Scott brought her magic out of the half, going 4-of-5 from the field for 10 points while grabbing five rebounds in the third quarter alone. Singleton snagged an additional five boards as well to put her in double-digits in rebounds. The Ole Miss offense outscored the Dolphins by 10 points in the third, the largest quarter spread of the contest.

In the final 10 minutes of the game, Baker added six more points to her score to give her a total of 18 points, her seventh double-digit game this year and third in a row. With Baker’s offensive output, the Rebels grabbed their ninth win of the season.

Up next for Ole Miss, the Rebels will close out their three-game home streak on Saturday, December 17, against McNeese State with a noon tipoff on SEC Network +.