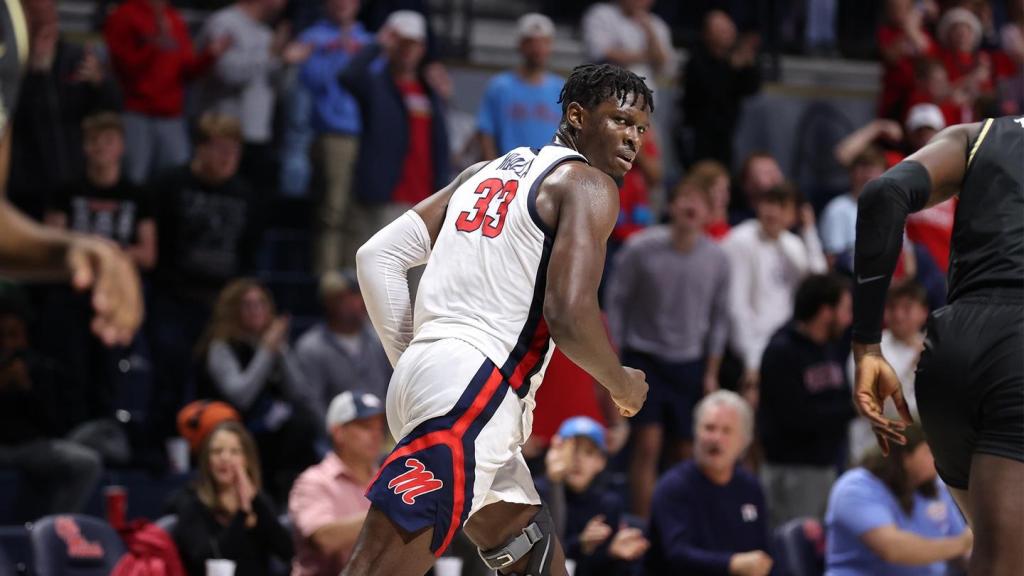 An opening run by UCF proved too much for the Ole Miss men’s basketball team, as the Rebels fell 72-61 on Wednesday night in the SJB Pavilion.

Ole Miss (7-3) found themselves in an early hole, as they trailed by 18 midway through the first half.  After UCF (8-2) took their largest lead of the game with 5:44 left on the clock at 22 points, the Rebels closed out the half with a 15-4 run, trailing 36-26 at the halftime horn after a last-second block by Malique Ewin.

As Ole Miss clawed their way back to begin the second period, a three by Matthew Murrell, his fourth of the game, put the home team down by seven, 49-42 with 12:50 left to play. Moments later, an offensive rebound and score down low by Josh Mballa got the Rebels within four as the scoreboard read 52-48 with 10:23 remaining. However, the Knights fought off the Ole Miss comeback attempt to close out the contest, winning by 11 and handing the Rebels their first loss at home this season.

Murrell paced Ole Miss offensively with 21 points, his third game with 20 or more this season and eighth career game with four makes from beyond the arc. Mballa set a new season high in both points (18) and rebounds (seven), while freshman forward Ewin set season bests in points (10), rebounds (five), and blocks (five). Ewin became the latest Rebel to register five swats in a single game since Nysier Brooks last season against Mississippi State on January 8, 2022.

Ole Miss remains on their home court at the SJB Pavilion next, as they host Temple on Saturday, December 17 at 4 p.m.