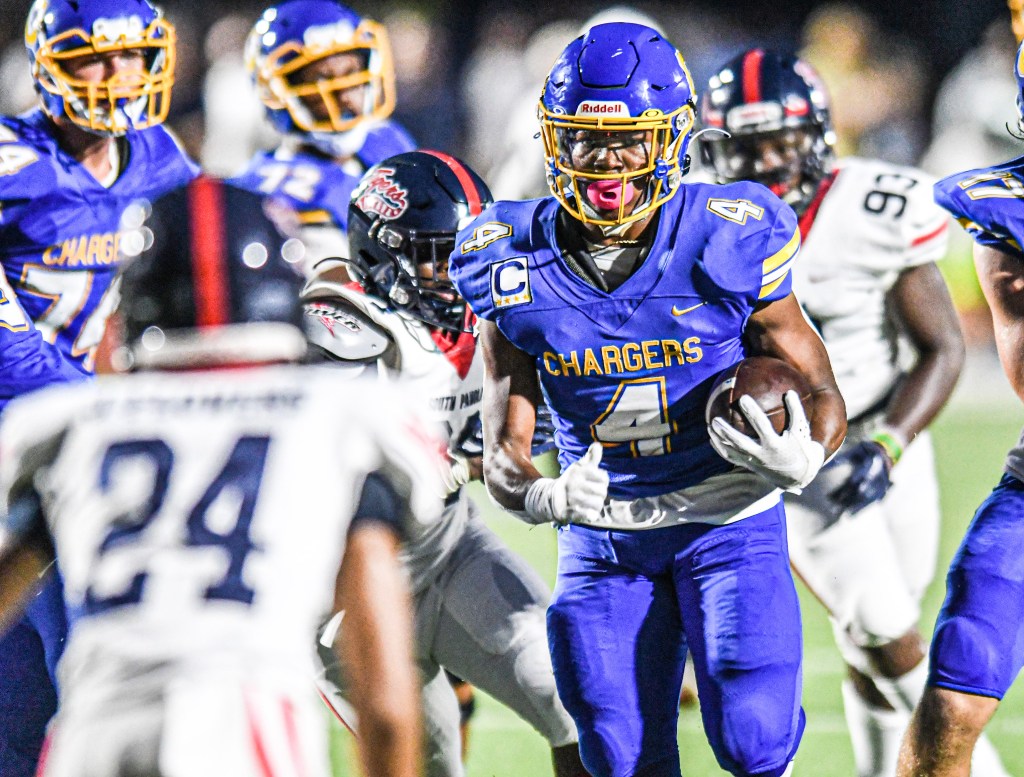 Oxford running back Roman Gregory announced his intentions to continue his academic and athletic career at Northwest Community College on social media this weekend.

Gregory led the Chargers to a 5-5 record this season, racking up 986 yards on the ground and 374 through the air to go along with 19 total touchdowns.

“He’s such a versatile guy, you know that he can do so many different things — he’s a weapon as a returner, he’s a weapon catching the football whether he lines up at receiver or catching it of the backfield and then obviously [he’s a weapon running the football as well,” head coach Chris Cutcliffe said of Gregory during the season. “We’ve seen his versatility for years and he’s been a consistent playmaker for years but he’s really taken it to another level.”

The senior tailback finished 14 yards shy of becoming just the second Oxford player this century to record back-to-back 1,000 yard seasons on the ground.

He set a school record with five rushing touchdowns in the first half of a 43-19 victory over Lafayette on Sept. 16, a week after rushing for a career-high 158 yards in a victory over South Panola.

Gregory participated in the prestigious Bernard Blackwell All-Star Game this past weekend, where he hauled in a five-yard touchdown pass from Itawamba AHS’s Ty Davis in a 14-10 defeat.