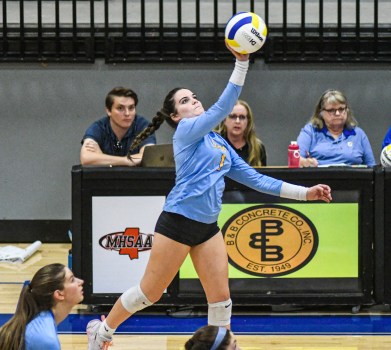 Oxford's Bree Lyons (1) taps the ball over the net in the Chargers' win over Southaven in the second round of the MHSAA Class 6A playoffs in Oxford on Tuesday. (©Bruce Newman 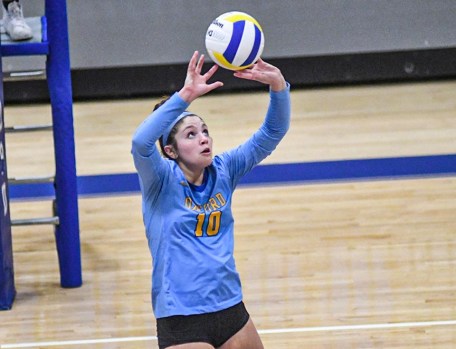 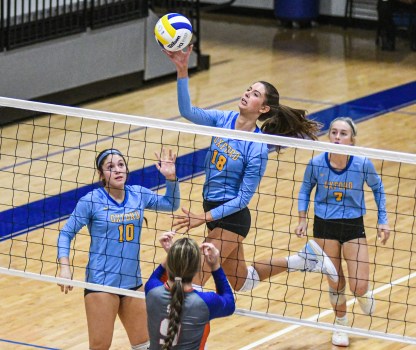 Sophomore Claire Wicker and seniors Bree Lyons and Torrey Tkach each earned spots on the Mississippi Association of Coaches Class 6A All-State team.

Wicker set a school record with 962 assists this season, her first as a full-time starter for the Lady Chargers. The versatile setter also recorded 252 digs, 60 kills and 37 blocks.

Lyons and Tkach brought their illustrious careers to a close this season as they also etched their names into the school record-books.

Lyons passed Maggee Hobson as the school’s all-time leader in career kills, becoming the first player in program history to eclipse 1,000 in their career.

She also finished five career digs shy of 1,000 after posting 312 this season.

Tkach, who became the first Oxford volleyball player to commit to a Division I program out of high school earlier this year, also found her way into the record books.

The 6-foot-3 middle blocker finished as the program’s all-time leader in blocks after leading the team with 91 this season.

The Lady Chargers reached the North Half semifinals before being upset in four sets by Madison Central.