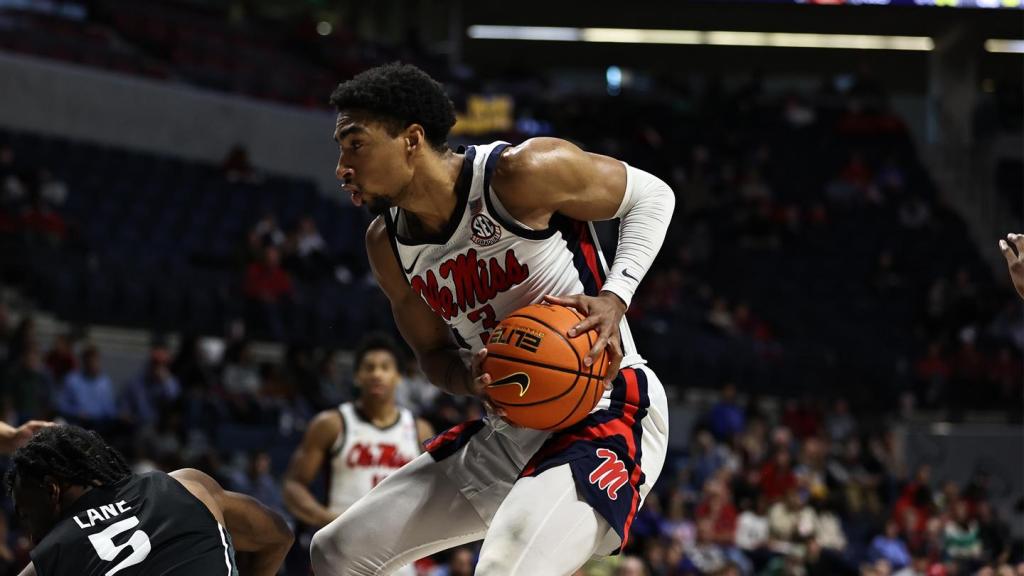 A back-and-forth game that saw eight lead changes over the final five minutes of action didn’t fall the Rebels’ way, as the Ole Miss men’s basketball team dropped a 66-65 game to North Alabama on Tuesday in the SJB Pavilion.

Ole Miss (8-4) scored the first seven points of the game before the visiting Lions (7-5) drew it even at 10 with a three pointer at the 14:50 mark in the first half. A 16-6 run for Ole Miss highlighted by threes from Jaemyn Brakefield and Matthew Murrell gave the Rebels a lead midway through the first period, eventually owning a 26-16 advantage with six minutes left before halftime. North Alabama would find their way back in it, however, with a trio of threes in the final moments of the first half to cut the Ole Miss lead to 36-34 at the midway break.

Of the 17 lead changes in the game, 15 came in the second half. In the final minutes of the contest, Jayveon McKinnis scored down low to put the Rebels up 61-60, before the Lions made a jumper to reclaim the lead. Two more buckets by the Rebels were met with responses from North Alabama in the final minute of the game.

The Ole Miss offense was led by Murrell with 16 points, his sixth game with 15 or more on the season. Myles Burns posted the first double-double of the year for the team with 11 points and a season-best 13 rebounds, grabbing six of those on offense. The senior transfer also added three steals and a pair of blocks to go with his seven defensive rebounds on the other end of the court.

The Rebels will take a short break before beginning their SEC schedule, hosting No. 8 Tennessee on Wednesday, December 28 at 4 p.m. on SEC Network.