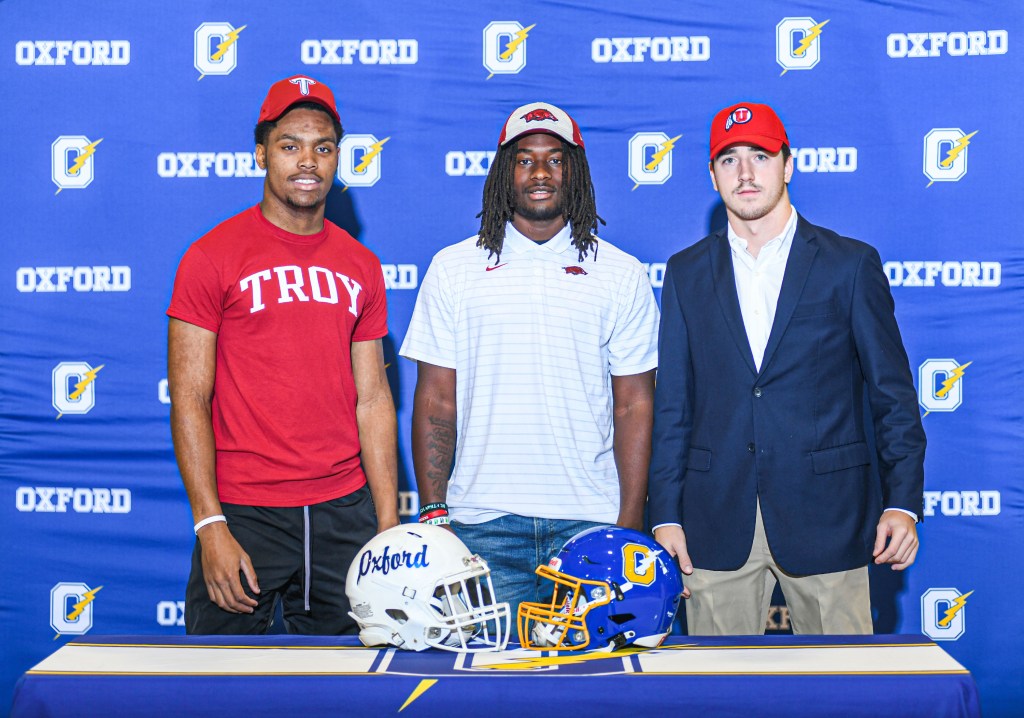 Sanford, who signed on with Arkansas, was an integral part of the Chargers’ defense each of the last three seasons, racking up 342 tackles and 15 sacks as he became just the second player in school history to be selected as an U.S. Army All-American.

The 6-foot-3, 240-pound inside linebacker said he was excited to move on to the new chapter and get to work with his new Razorback family.

Howard, who signed with Utah, spent just one season with the Chargers after transferring from Heritage Academy in the Spring. The 6-foot-2 quarterback made the most of his sole season in the blue and gold however, completing 63% of his passes for 1,400 yards and 17 touchdowns.

Howard said the moment was an emotional one for him and his family as they celebrated an achievement years in the making.

“It’s a special day for me and my family,” Howard said. “It’s a day I worked really hard for and there’s been countless hours put in so I think — just kind of seeing it come to fruition is really special.”

The 6-foot-4, 225-pound defensive end said the decision to continue his career with the Trojans was an easy one, adding that it felt like the right step forward in his journey.

“It’s a big step forward. I feel like I’ve matured and grown all four years here and [this is the next step] in my journey. I feel like this is my path, this is where I’m supposed to be so I’m really honored to have this opportunity,” Pegues said.

Head coach Chris Cutcliffe said this class of seniors was a particularly special group to coach, praising their resilience and determination in the face of massive uncertainty during a couple COVID-impacted seasons.

“It’s been a great group, a special group to be a part of,” Cutcliffe said. “Their career kind of started with the COVID season and the craziness that was associated with that so watching them weather that storm and stick with everything as they went through was pretty fun to watch.”