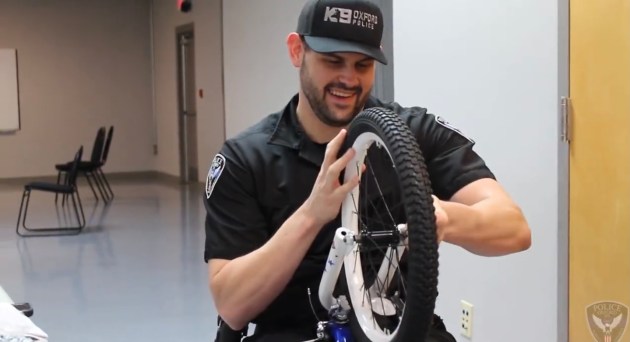 Dillon Carmichael smiles while putting a wheel on one of the bikes. (OPD) 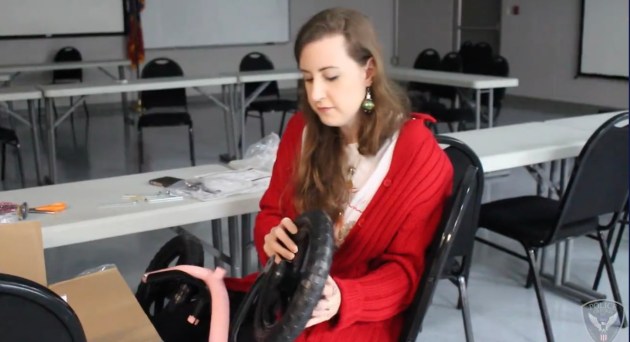 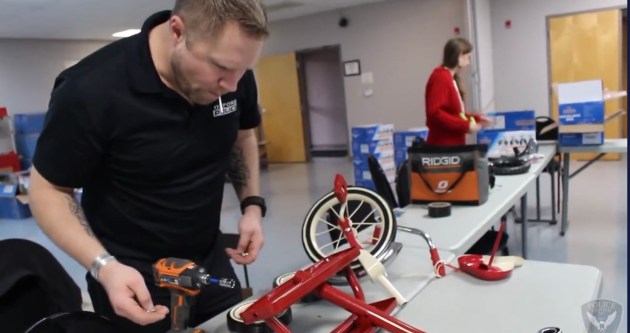 44 children in Oxford received a new bike or trike this year for Christmas – all thanks to an anonymous
donor, the Oxford Police Department and the Oxford Housing Authority.

OPD received a generous donation this holiday season in efforts to build and distribute bicycles and
tricycles to local Oxford children in need.

The anonymous donor saw this happening in another part of the country and asked if the police
department would be willing to do the same for local Oxford kids. The building process took one day, as
staff at OPD brought their own tools to make the process go faster.

“Giving back to the community that takes care of us is so important to our department,” Breck Jones,
Public Information Officer at OPD said. “We love getting out there and helping the people we see and
interact with in ways outside of your typical police work. Oxford is such a giving and special place that it
really does bring out the best in everybody, especially during the holidays.”

This would be the first time the department did this deed, but they couldn’t do it alone. With help from the
Oxford Housing Authority and the Mary Cathey Head Start Center, Captain Ivy and the staff had no
problems in finding children to give these bikes away to.

The OPD does many things throughout the year for the community that isn’t only keeping the community
safe. Events during Halloween are also notable.

“Our department is all about giving back,” Jones said. “When we do things like the OPD Haunted House
or events like the bikes & trikes, our staff jumps at the opportunity to give back, even on their days off
duty. It’s truly a testament of the culture in our department.”

The department is unsure if this will happen again next year, however, Jones made it very clear that
when an opportunity such as giving back arises, everyone on staff will ensure it gets done.

“We just want to really thank the anonymous donor again,” Jones said. “We obviously could not have
done this without his help. He deserves a ton of credit and is a great member of our community. We
appreciate him letting us help him bless our community in this way over the holidays.”