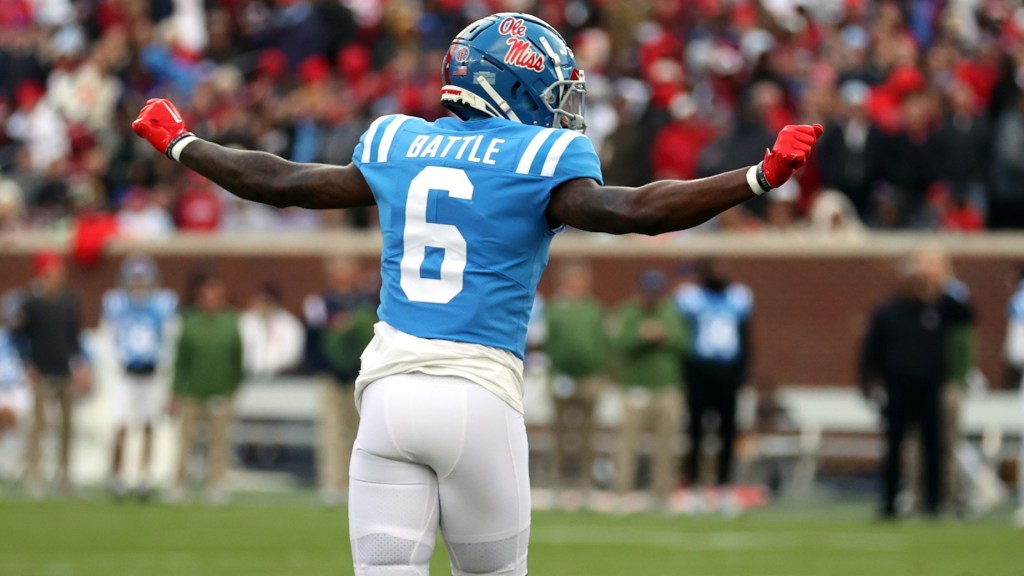 Ole Miss cornerback Miles Battle became the latest Rebel to find a new home through the transfer portal on Friday when he announced his intentions to continue his athletic and academic career at Utah.

The Texas native, who has one year of eligibility remaining, made the announcement late Friday morning, posting a photo of himself in a Utah uniform along with the caption, “to a new year… with new beginnings.”

To a new year.. With new beginnings #GoUtes pic.twitter.com/hbHzAoDcbd

Note: the only potentially sensitive content in the post is the loss of a quality defensive back

Battle, who played in all 13 games for Ole Miss in each of the past two seasons, started his collegiate career at wide receiver before switching over to the defensive side of the ball in 2020.

He quickly became a critical part of the Rebels’ secondary as they transitioned into a 3-2-6 scheme under former defensive coordinator D.J. Durkin, leading the team in pass deflections in 2021 before recording a career-high 37 tackles and five more passes broken up as a fifth-year senior in 2022.