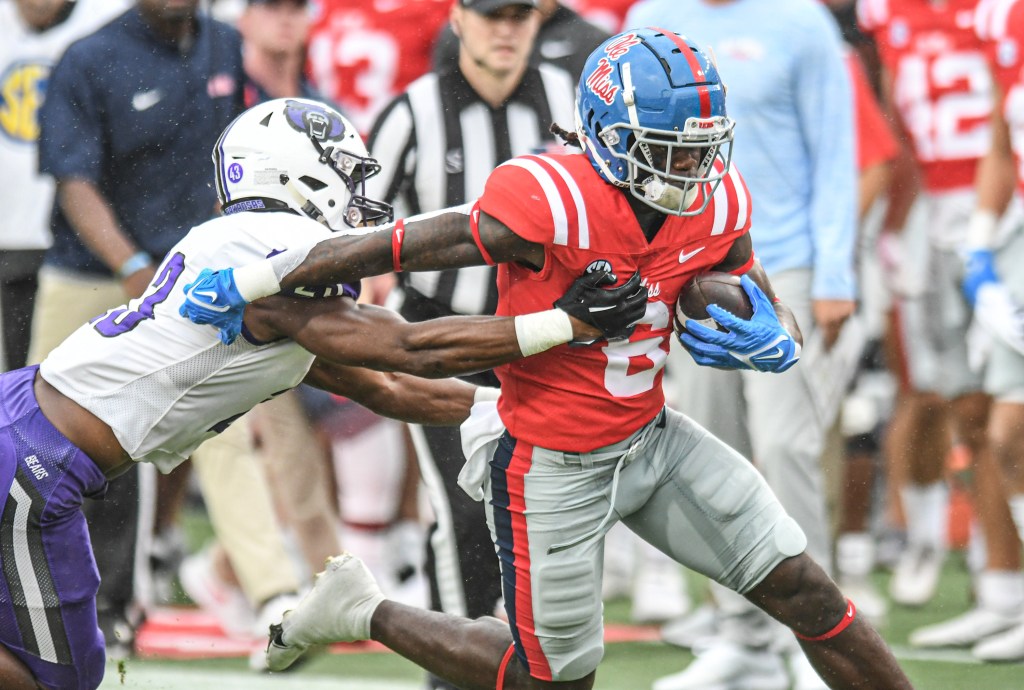 Ole Miss running back Zach Evans announced that he will forgo his final year of eligibility and enter the NFL draft Friday following the Rebels’ 42-25 loss to Texas Tech in the TaxAct Texas Bowl this week.

Evans made the announcement on social media, writing a letter to the Ole Miss community expressing his gratitude for their support.

“I’ve had an unforgettable experience at Ole Miss, and I am forever thankful for the opportunity to play here,” Evans wrote on Twitter. “After much prayer, I have decided to forgo my remaining year of eligibility and declare for the 2023 NFL Draft. I appreciate all of your support and I look forward to making Rebel Nation proud.”

Rebel Nation Its Been An Honor 🦈⚪️ pic.twitter.com/iqtVvgic9f

Evans rushed for 936 yards and nine touchdowns this season after transferring from TCU in January.

The former five-star running back missed significant time in his lone season with the Rebels as he battled nagging injuries, but still managed to establish himself as arguably the premiere second option in the country behind freshman Quinshon Judkins.

Evans is widely considered to be one of the top players in a talented group of tailbacks who have already declared for the NFL draft.