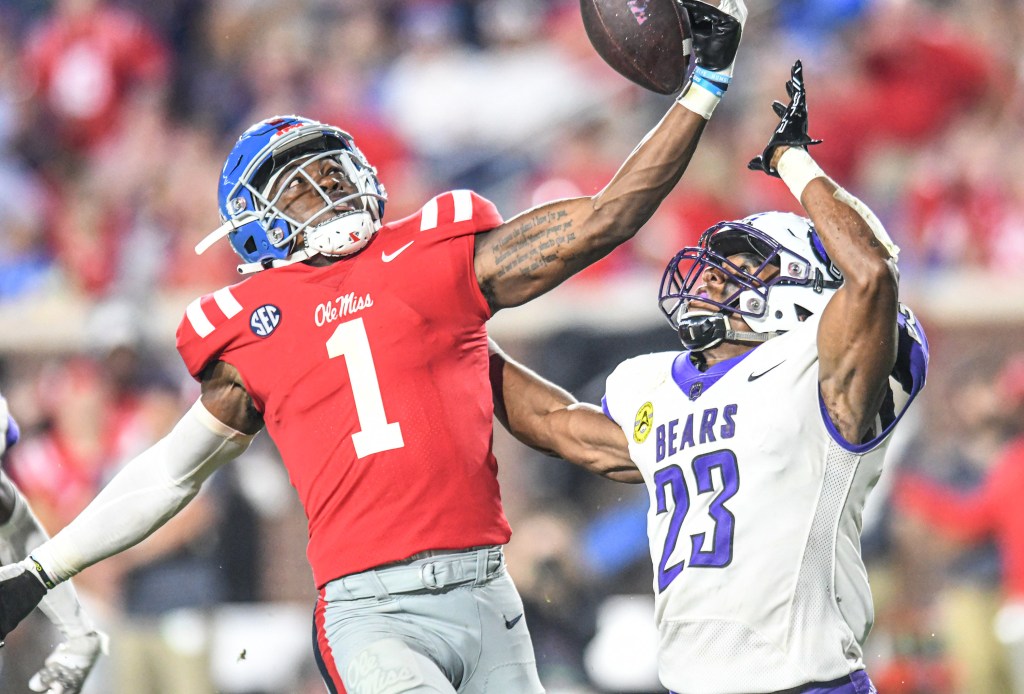 Ole Miss wide receiver Jonathan Mingo became the latest Rebel to depart from the program Monday when he announced his intentions to forgo his fifth year of eligibility and enter the upcoming 2023 NFL draft.

The Mississippi native made the announcement on social media late Monday night, writing a heartfelt letter to his teammates, coaches and family thanking them for their support.

“I want to express my appreciation to Coach Kiffin, Coach Nix and the rest of the coaching staff for having faith in me and encouraging me to develop both as a player and a person,” Mingo wrote. “I also want to thank Patt Jernigan, Dr. Luber, Dr. Waldrup and the rest of their training and medical staff for devoting their time to helping me overcome injuries and keeping me healthy to perform well on the field… After much prayer, I have decided to forgo my remaining year of eligibility and declare for the 2023 NFL draft.”

Mingo was a critical part of the Rebels’ passing attack in each of the last three seasons, racking up 1,586 yards and 11 touchdowns.

The versatile receiver struggled with injuries throughout his collegiate career however, missing time in 2020 before playing in just six games as a junior in 2021.

He bounced back in a big way in 2022, putting together his most productive season in an Ole Miss uniform as he hauled in 51 passes for 861 yards and five touchdowns.

He was named Second Team All-SEC by the leagues’ coaches in December, and now projects as day two or three selection in April’s draft.