Oxford basketball midseason check-in: how are the Chargers faring as we reach the new year? 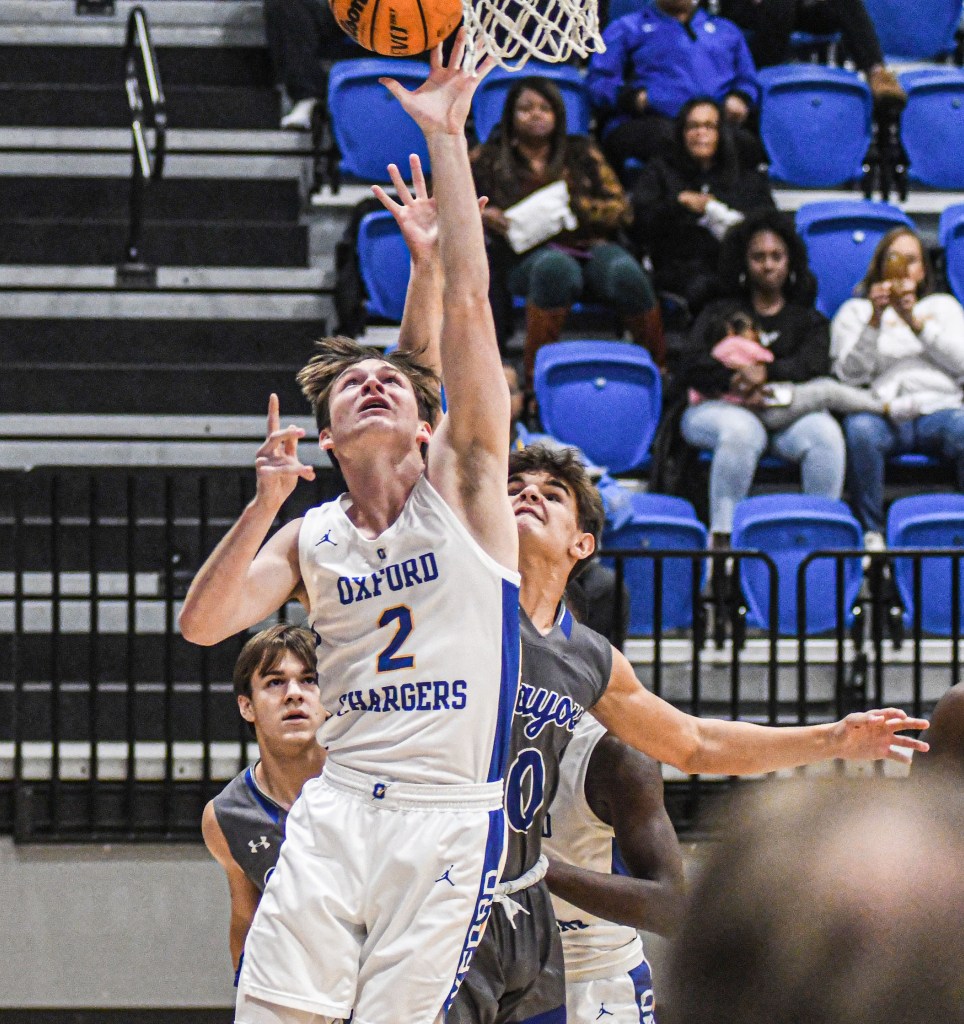 A new year brings promises of new beginnings, and for Oxford basketball that means an opportunity to bounce back from a subpar start to the season.

The Chargers faced a difficult trip to Jefferson City, Missouri over the winter break, going a combined 1-5 in the tournament against stiff competition.

As the calendar flips to 2023 and we hit the home stretch of the high school basketball season, here’s a look at where the two teams stand entering region play.

The Chargers sit at 11-7 after starting the new year off with a win over Hernando at home Tuesday.

The 68-50 victory marked their first win in their last four outings after they went 0-3 at the Great 8 Classic in Missouri.

Senior Miles Luber propelled the Chargers to the victory, pouring in a game-high 20 points and grabbing nine rebounds. The performance marked a major breakthrough for the southpaw shooter, who entered the game shooting 26% from the field and 23% from beyond the arc.

He caught fire in the opening minutes of the game, sinking four triples in the first quarter as Oxford jumped out to a 27-8 advantage.

“He kind of just shot early, and that’s a good thing,” said head coach Drew Tyler. “He just kind of built off of those early made shots and got more touches tonight… it had been a confidence thing and then it got mental with Miles, but now he’s seeing that ball go through the hoop.”

The breakthrough performance came at an opportune time for the Chargers with star guard D.J. Davis struggling to find a rhythm as he was harassed incessantly by a swarm of Tiger defenders.

The junior combo guard entered Tuesday’s contest averaging 18.9 points per game, but managed just four points through the first three quarters of play before exploding for eight in the final period.

The Tigers also held star freshman Adam Tyson in check, limiting the 6-foot-7 wing to seven points on 3-of-6 shooting.

Oxford kicks off region play on Friday when they travel to Grenada before returning home to host Tupelo on Tuesday.

The Chargers figure to be in the mix for the Region 1-6A championship, but will face a tough competition from the Golden Wave as well as powerhouse Starkville.

The Lady Chargers got back above .500 with a blowout victory over Hernando after going 1-2 on the road in Missouri.

Oxford held the Tigers scoreless through the first quarter as they built up a 17-0 lead before Hernando finally cracked the scoreboard with 6:22 remaining in the second.

Sophomore C.C. Frierson looked dominant in the victory, posting a double-double with 17 points and 10 rebounds.

The performance was just the latest in a string of strong outings for the 5-foot-8 forward after she averaged 11 points per game in the Jefferson Bank Holiday Hoops Classic to earn All-Tournament honors.

“She’s been playing really well over the last few weeks,” said head coach Cliff Ormon. “[We’re] definitely seeing some things go well for her and just playing every play as a sophomore. She was out at this point last year — she got injured, but now she’s getting to play some extra games… and she’s making a big difference for us.”

Oxford also enjoyed a strong performance from senior leader Olivia Waddell, who poured in 13 points and dished out three assists in the victory.

Fellow senior Kaylin Mathis also made her presence felt despite struggling to see the ball go through the net, contributing seven points, four assists, two steals and a block.

The Lady Chargers face a difficult road ahead in Region 1-6A after going winless in district play a year ago before securing a playoff spot with a victory over Grenada in the region tournament.

Their three district opponents boast a combined record of 33-5 this season, so the Lady Chargers will need to be clicking on all cylinders if they want to make it back to the playoffs for a fourth straight season.