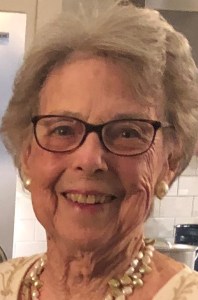 A memorial service will be held at St. Peter’s Episcopal Church in Oxford on Saturday, January 14, at 10:00 a.m. with visitation to follow in the parish hall.

Born October 6, 1929, Mrs. Salmon was the widow of R. Farley Salmon, Jr. of Clarksdale and daughter of William Coleman Connell and Thankful (Tankie) Baugh Connell of Clarksdale. She graduated from Clarksdale High School in 1948 and attended Holton-Arms Junior College in Washington, D.C., and the University of Mississippi, where she was a member and loyal alumna of Chi Omega sorority.

While living in Clarksdale, she was an active member of St. George’s Episcopal Church, where she served on the vestry and was president of the Women of the Church. She was also a church school teacher, altar guild member, lay reader, and choir member. In the 1960’s she served on the board of the Episcopal Churchwomen of the Diocese of Mississippi. She was a member of the Allie Carr Circle of the King’s Daughters, served on the board of the Coahoma County Cancer Society, and was a past president of the North Delta Ole Miss Alumni Chapter.

In Oxford, where she located after the death of her husband, she was a member of St. Peter’s Episcopal Church and enjoyed spending time with family and friends, old and new.

Stella and her husband Farley, a former Ole Miss quarterback, were enthusiastic supporters of the University of Mississippi and its sports teams and rarely missed an athletic event. She held season tickets to Ole Miss basketball and football until late in her life.

Stella’s Southern charm and wit endeared her to many. She loved people and parties and all things Ole Miss. She was a prolific correspondent, and her cards and letters were cherished by all who received them.