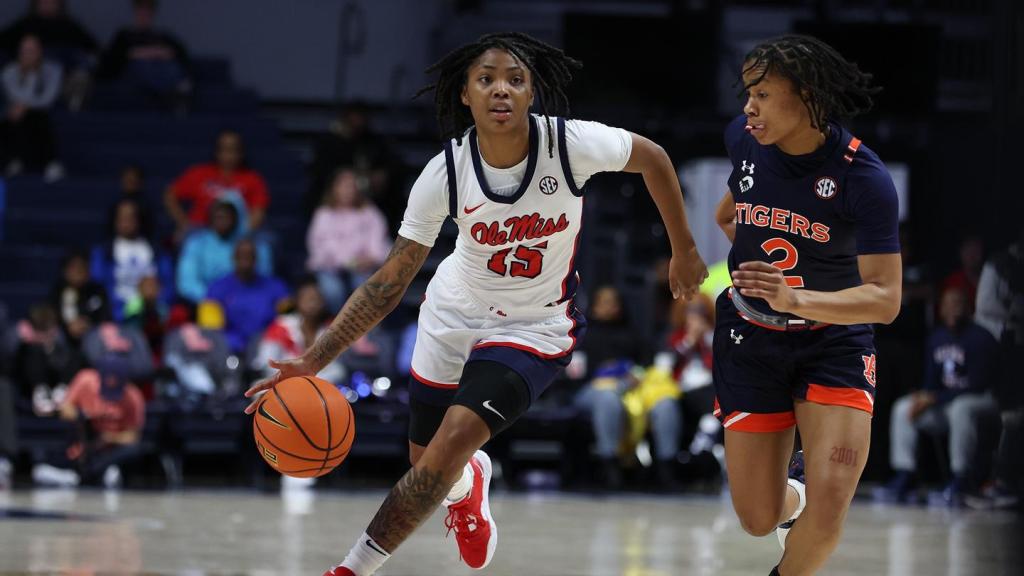 A 21-point second quarter provided Ole Miss (15-2, 4-0 SEC) with enough momentum to pick up its third-straight series win against Texas A&M (5-8, 0-3 SEC). Three Rebels led the pack with Snudda Collins, Marquesha Davis and Madison Scott finishing with 11 points each. Collins was electric in the first half, hitting three triples. The hot streak for Scott hasn’t stopped, as the junior pieced together her seventh-straight game in double-figures. Angel Baker was dishing it out this afternoon, dropping a season-high eight assists.

The Rebels started off doing what they do best, with stellar defense from the jump by forcing seven Aggie turnovers in the first quarter. This allowed the offense to get rolling on the opposite end of the floor, with an 11-0 run carrying Ole Miss through the opening frame. A&M stormed back with a run of its own, to cut the Rebel lead to 15-13 at the end of the first.

A&M’s defense made it difficult for Ole Miss to reach the basket early on, with both teams tied at 17 until the offense got hot. A 19-2 run from the Rebels the final seven minutes of the second quarter assisted them to regain the lead, pacing the Aggies up 36-21 heading into halftime.

Defense was abundant in the second half, with both teams undergoing shooting slumps of their own. The Rebels continued to capitalize off of Aggie miscues to remain in control of the game, scoring 25 points off of turnovers. A quick 8-0 run from the Rebels within the waning minutes of the game, secured the Ole Miss victory over the Aggies, 57-38, for its eighth straight win.

The Rebels wrap up their two-game road swing with a visit to Athens on Thursday to face off against Georgia. Ole Miss will be on the hunt for its first win in Stegeman Coliseum since 2010 at 6 p.m. CT on SEC Network +.