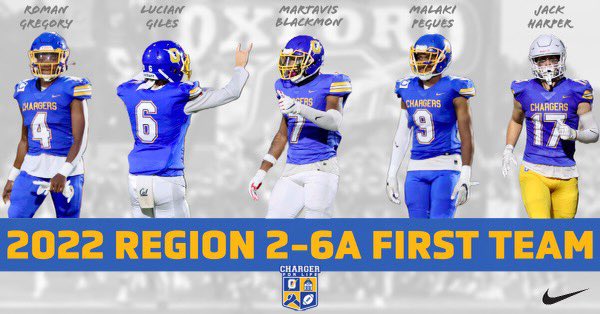 Eight Oxford football players were named to the Region 2-6A All-Region team this week, with five players landing on the First Team and three earning Second Team nods.

The Chargers struggled to find consistency in the high-powered Region 2-6A, going 3-4 in region play and missing the playoffs for the first time since 2017.

They will attempt to return to the playoffs next season when they make the jump to the new 7A classification.