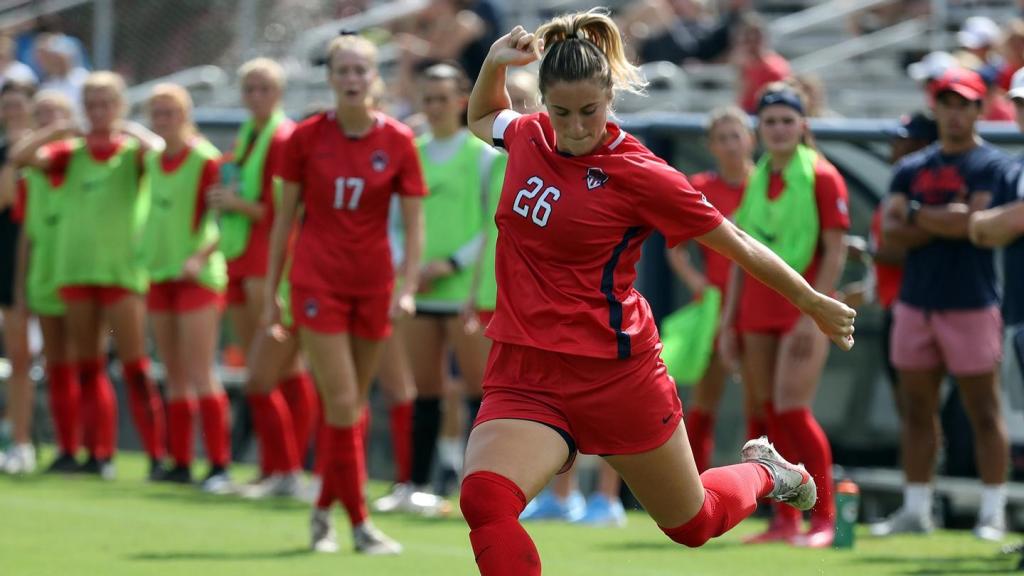 “Very excited to add Madisyn to our coaching staff. She has been a fantastic player, a great captain, and an excellent student assistant for us over the last five seasons,” Mott said. “Her positive energy and enthusiasm make her a perfect fit to continue her coaching journey with us.”

Pezzino has been a part of Ole Miss soccer since 2018 when she transferred from Florida State. She played forward for the Rebels from 2018-21 and then worked as a student assistant during the 2022 season.

As a player, Pezzino racked up 2,160 minutes on the pitch for the Rebels, scoring nine goals and dishing out seven assists during that time. During the 2020 season, she tied for the team lead in goals scored, with two of those goals coming in a 4-3 win over No. 14 Georgia. She earned her first ever SEC Offensive Player of the Week honor for her performance in the Rebels’ comeback win.

“I am grateful for the opportunity to be the volunteer coach for the Ole Miss soccer program. This program has meant so much to me as a student-athlete and I am honored and privileged to be able to continue working with the team and staff in a new role,” Pezzino said. “I am looking forward to learning and growing as a coach and assisting in developing these athletes to become successful, high-level players.”

Pezzino is originally from Grand Island, New York where she played soccer for Grand Island High School. She broke both the New York State single season (73) and career records (251) for goals scored and was named the Niagara Frontier League Player of the Year for three-straight years.