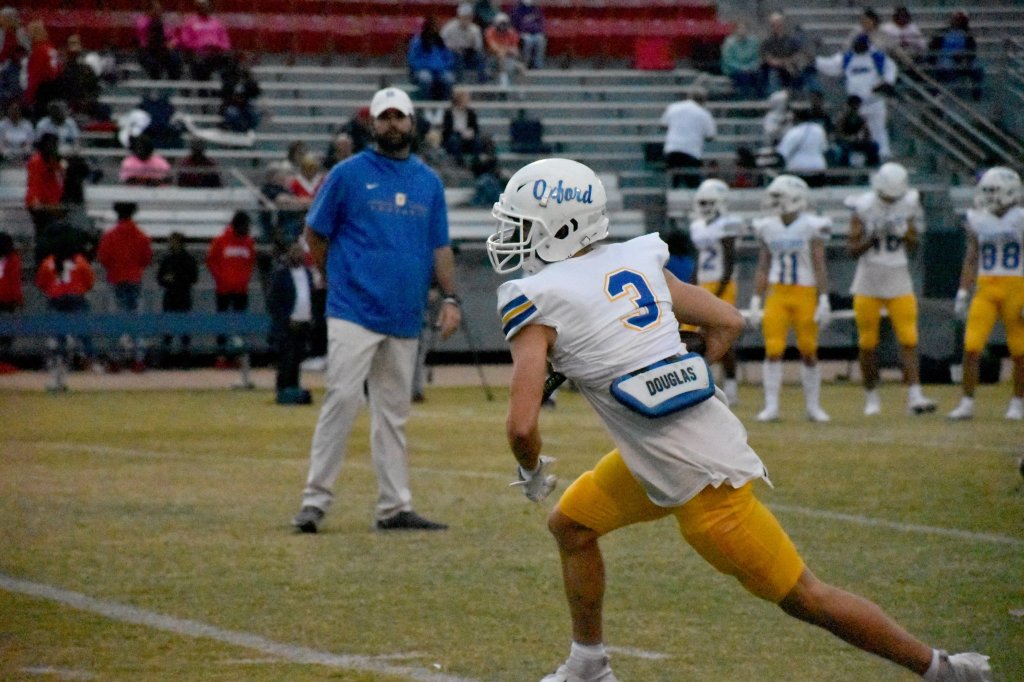 Oxford receiver Cashe Shows warms up prior to the Chargers' game against Grenada on Friday, Oct. 28, 2022. (Jared Redding)

Oxford wide receiver Cashe Shows announced on Thursday that he will continue his academic and athletic career at Northeast Mississippi Community College.

The 6-foot-2 receiver made the announcement on social media late Thursday morning, posting a graphic of the NEMCC logo superimposed over a photo of himself along with the caption, “Proud to say I’m COMMITTED… Let’s get to work!”

Shows hauled in 12 receptions for 141 yards and a touchdown this season, finishing his high school career with 33 catches for 478 yards and four scores.

A jack-of-all trades, he also rushed for 30 yards and even threw a 12-yard touchdown pass this season.

Shows will finish out his high school career with the Oxford baseball team this spring as they attempt to build on last season’s Cinderella run to the North Half Championship Series.