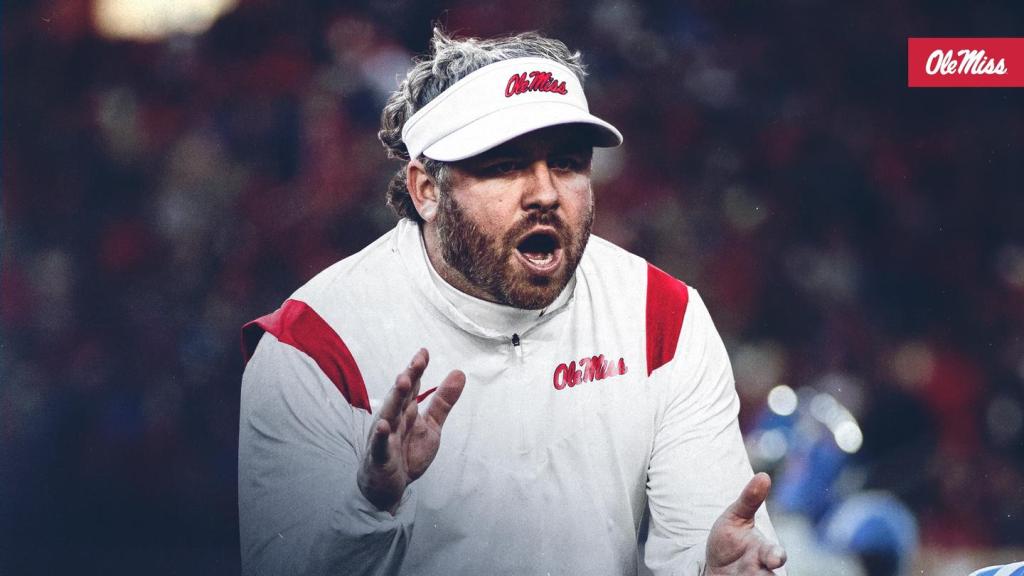 In his five seasons leading the Crimson Tide defense, Alabama ranked top-20 in the FBS in scoring defense every year and finished top-10 in either scoring or total defense four times.

“We are excited to add a championship caliber coach like Pete Golding to our staff,” Kiffin said. “At multiple stops in his career, Coach Golding has directed some of college football’s top defenses. He is also an outstanding recruiter and understands the level of talent necessary to compete at the highest level.

“I think this continues to show our commitment to taking Ole Miss Football to the next level.”

The 2022 Alabama defense again proved to be one of the best in the nation, ranking ninth in scoring defense (18.2) and 13th in total defense (318.2 ypg). The Crimson Tide allowed just 4.6 yards per play last season, which led the SEC and ranked No. 4 nationally.

Two-time Bronko Nagurski Trophy winner Will Anderson Jr., anchored Golding’s defense the last several seasons. Anderson became the first Alabama player ever to earn unanimous All-America honors after leading the SEC and finishing No. 11 in the country in sacks (10.0).

Alabama ranked fourth in rushing defense (86.0 ypg) and seventh in total defense (304.1 ypg) in 2021, while allowing just 20.1 points per game and holding opponents for a 31.1 percent conversion rate on third down, which was seventh nationally. Middle linebacker Henry To’oTo’o led the team with 112 tackles, while Anderson set the NCAA record (since 2000) for tackles for loss in a season with 34.5.

Golding’s 2020 defense led the SEC in scoring (19.0 ppg) and got better as the season progressed, allowing just 15 points per game over the final nine contests en route to the national championship. The Tide ranked third in the league in total defense and rushing defense while the pass efficiency defense also led the league and ranked 18th nationally.

Golding’s unit was devastated by injuries in 2019 and forced the staff into starting two true freshmen at the mike and will positions in the Tide’s base 3-4 scheme. Alabama still managed a top-20 defense, limiting opponents to just 324.4 yards and 18.6 points per game.

Prior to Alabama, Golding coached defensive backs and handled defensive coordinator duties at the University of Texas-San Antonio in 2016 and 2017. Golding’s 2017 defense at UTSA ranked seventh in the Football Bowl Subdivision, allowing just 287.8 yards per game. The Roadrunners finished eighth in scoring defense (17.0 ppg), second in first downs defense (166) and 19th in pass efficiency defense (112.19).

In his first season with the Roadrunners in 2016, Golding helped lead the program to six wins and its first bowl game – the 2016 Gildan New Mexico Bowl. His defense set several school records, including single-season standards for tackles (934), TFLs (77), sacks (27) and QB hurries (38).

Golding joined the UTSA staff after spending two years as an assistant at Southern Miss where he coached the safeties. The Golden Eagles posted a six-win improvement in his second season, finishing 9-5 overall with a trip to the Heart of Dallas Bowl while winning the Western Division of Conference USA.

Prior to his time in Hattiesburg, Golding was the defensive coordinator and defensive backs coach at Southeastern Louisiana for two seasons (2012-13). He helped guide the Lions’ program to a school-record 11 wins and its first conference title (Southern) since 1961 with a 7-0 league record.

Before heading to Hammond, Golding was the defensive coordinator at his alma mater Delta State from 2010- 11, leading the Statesman to the 2010 NCAA Division II National Championship Game and the Gulf South Conference title.

He also spent three years on staff at Division II Tusculum, coaching the defensive backs while coordinating the defense the final two years as the Pioneers developed into a record-setting defensive unit under his direction.

Golding began his coaching career as a graduate assistant at Delta State in 2006 after starting four seasons at safety for the Statesmen (2002-05).