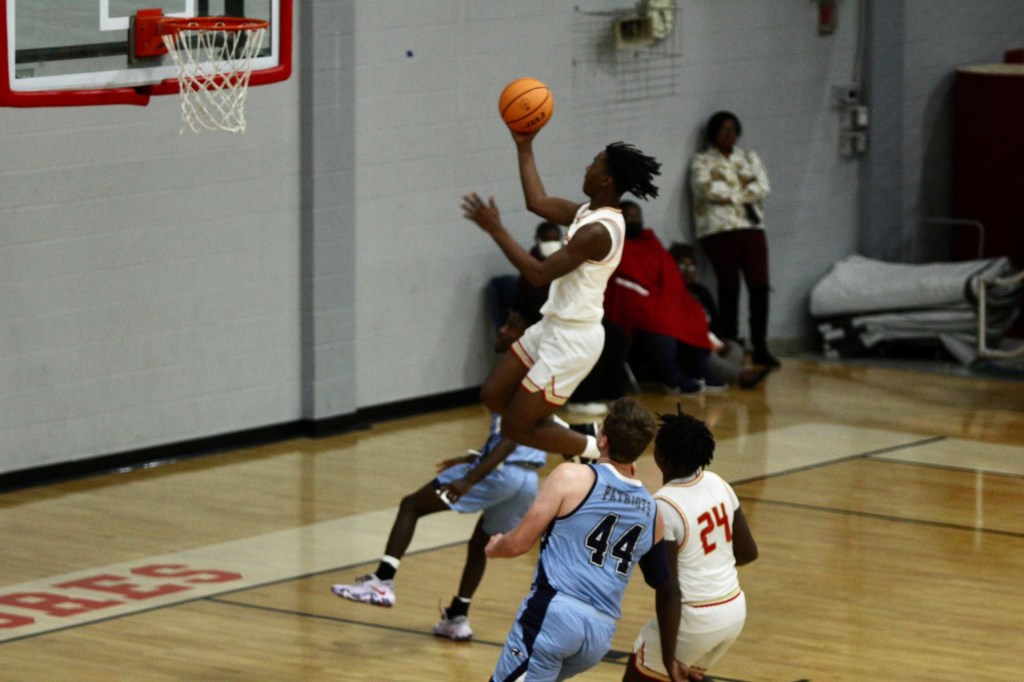 Lafayette guard Shun Flemons scored 15 points in an 82-55 victory over Regents on Saturday in a return-to-form as he continues to work his way back from an ankle injury that caused him to miss six games in the middle of the season.

The 6-foot-1 combo guard suffered a severe ankle sprain in a 57-51 loss to Pine Grove on Dec. 3, but returned to action less than a month later in the Commodores’ loss to Holly Springs on Dec. 29.

Flemons averaged 15.3 points on 45% shooting from the field in the six games prior to the injury, including a 26-point outburst against Hernando on Nov. 9 that marked a new career high for the sophomore.

He averaged less than five points per game in six contests since his return, but exploded for 15 in the Commodores victory over Regents Saturday as they picked up their fourth win of the season.

“That’s really his coming-out game since his injury,” head coach Hunter Mason said. “He had 15, which is good for us, so seeing that was awesome.”

Lafayette sits at 0-3 in region play after suffering a 78-46 loss at the hands of Cleveland Central last week, but will try to right the ship and build on the strong performance against their crosstown rival when they host Greenville on Friday before traveling to Lake Cormorant next week for a matchup with the Gators.