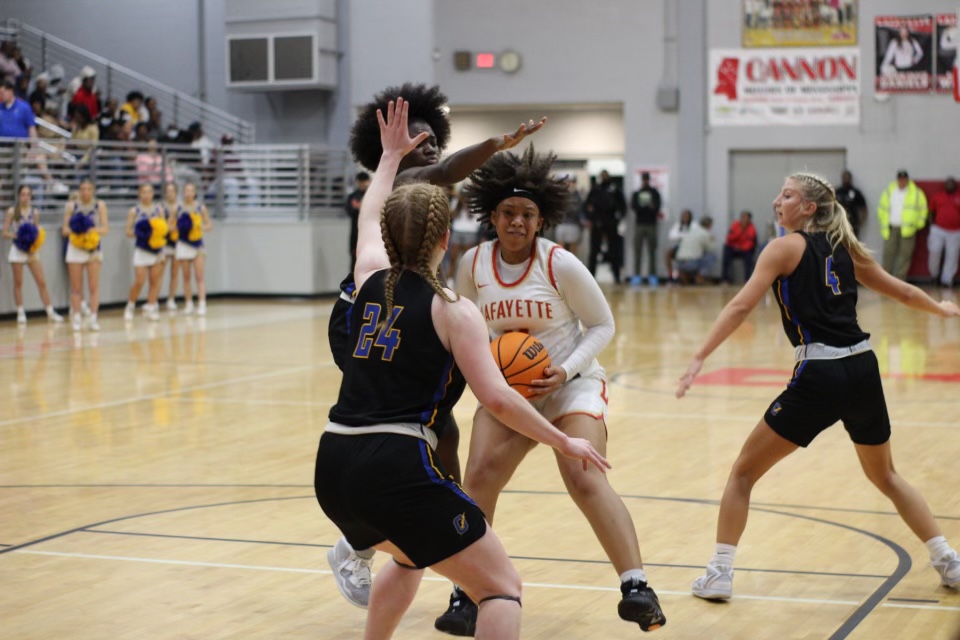 Lafayette girls basketball picked up their second win of the season over their crosstown rivals Tuesday when they fended off a late comeback attempt to beat Oxford 40-35.

The game was a slugfest from the tip, with both teams playing lock-down defense and preventing any easy looks.

The Lady Commodores finally found an offensive rhythm midway through the second, opening up an eight-point lead at the break courtesy of an eight-point first-half performance from junior Jadyn Herod.

They continued to build on the lead after the break, pushing the lead out to as much as 13 behind some strong perimeter shooting from Madison Smith.

Oxford did not go away quietly however, fighting their way back to within one midway through the fourth quarter.

They had a chance to take the lead in the closing seconds with a two-point deficit, but senior guard Olivia Waddell’s hail-mary three point attempt came up just short and the ‘Dores escaped with the victory.

“It was hard, we didn’t want to get down that many points and we just couldn’t get into rhythm,” said Oxford head coach Cliff Ormon. “I’m proud of this team though. They never quit — even to the very last second we were trying to find a way to win the game and it gives you a chance every night when you get kids who do that.”

Lafayette moves on to face Greenville at home Friday as they attempt to remain perfect in region play with a victory over the Honeybees.

Oxford will also be back in action Friday when they play host to Region 1-6A rival Grenada.