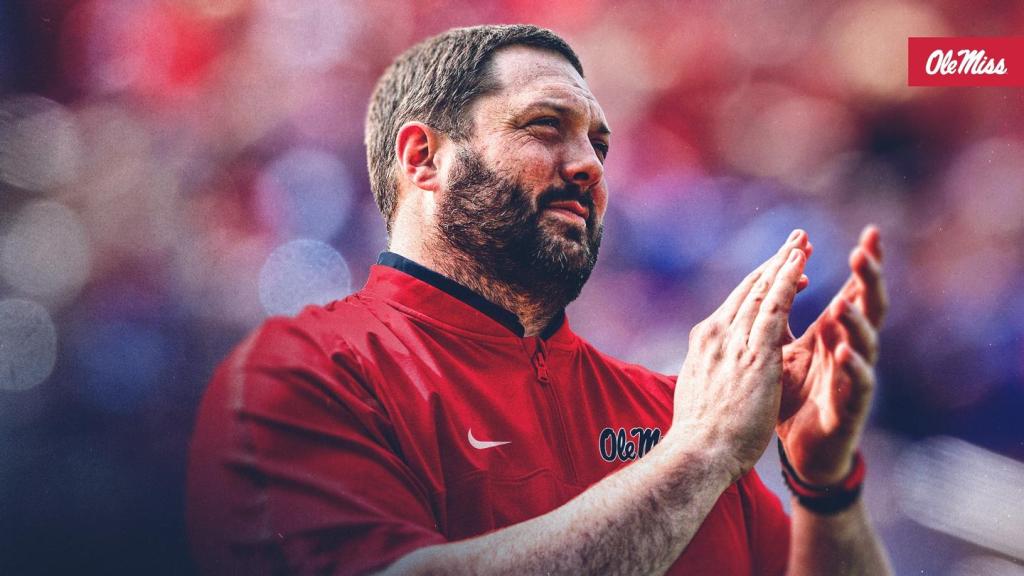 Wes Neighbors III, who was part of five national championship teams at Alabama as both a player and staff member, has been named safeties coach at Ole Miss, as announced Tuesday by Rebel head coach Lane Kiffin.

Neighbors arrives in Oxford after serving as a position coach at Maryland, Louisiana, South Florida and Florida Atlantic throughout his coaching career. He was on Kiffin’s staff at FAU during the 2018 and 2019 seasons.

“This is another step in taking our staff to a championship level here at Ole Miss,” Kiffin said. “I saw firsthand working with Coach Neighbors at Alabama how special he is at developing players on and off the field. His secondaries have experienced tremendous success at each of his stops, and we look forward to seeing him take our safeties to new heights.”

The Huntsville, Alabama, native spent the 2022 season as the safeties coach at Maryland. With the Terps, Neighbors mentored Maryland’s top two tacklers in Beau Brade and Dante Trader Jr. Brade and Trader tied for the most interceptions on the team with two.

Neighbors also coached safeties at Louisiana in 2021, helping lead the Ragin’ Cajuns to a historic 13-1 season and a Sun Belt championship. The season culminated with a win in the R+L New Orleans Bowl against Marshall where he served as the interim defensive coordinator, holding Marshall to just 21 points.

Under Neighbors’ tutelage, Louisiana had one of the best defenses in the nation in 2021, standing 14th in the FBS in passing yards allowed at only 190.1 yards per game. The Cajun defense only allowed 18.5 points per game and held eight opponents under 20 points.

Neighbors spent the 2020 season at South Florida, where he helped coach a secondary that produced 10 interceptions. Mekhi LaPointe was one of the top defensive players on the team under Neighbors’ tutelage, ranking second on the team with two interceptions and third among secondary players with 33 tackles.

In his first stint on Kiffin’s staff, Neighbors helped FAU’s defense become one of the best in the nation. In 2019, the Owls set a program record with 21 interceptions and led the nation in total takeaways (33), interceptions (22) and turnover margin (+21).

In his first season at FAU (2018), Neighbors’ safeties unit was led by senior Jalen Young, a second team All-Conference USA selection that ended his career tied among all active FBS players with 13 interceptions and finished second on the team with 59 tackles.

Neighbors began his coaching career as an Alabama student assistant (2011-12), working with the special teams and running scout practice periods, before assuming an off-field graduate assistant role with special teams. In 2013-14, Neighbors moved to defensive intern where he worked with the outside linebackers, organized opponent data and led the scout team unit for a defense that was ranked No. 5 nationally in 2013.

In the spring of 2015, Neighbors moved into a defensive analyst position. During his time as a staff member at Alabama, the Tide held no lower than a No. 3 national ranking (2015) and garnered the No. 2 spot in 2016 and 2017. Neighbors was a part of teams that played in the Peach and Cotton Bowls and won two SEC Championships.

As a player, Neighbors was a safety and a member of special teams units for the Crimson Tide from 2008-11. He played on two national championship teams, winning BCS titles in 2009 and 2011.

Neighbors graduated from Alabama with honors in 2011, earning a bachelor’s degree in commerce and business administration. He continued his education in Tuscaloosa, earning a Master of Science degree in marketing in 2012. He was a member of the SEC Honor Roll from 2008-11, was a Dean’s List member in 2008 and is a member of the Phi Gamma Delta Fraternity.