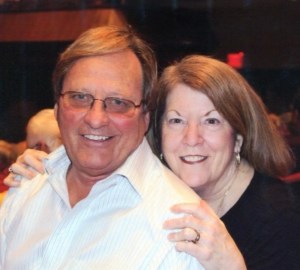 Carolyn Fedric Laster, loving wife, mother and grandmother, community volunteer, and life long Grenadian, died Tuesday, January 17, 2023, at the age of 76 following a long illness she faced with her typical strength, optimism and humor. She will be remembered for her generous spirit and deep love for her family, friends and hometown.
Carolyn was born February 24, 1946, in Grenada, MS. She graduated from John Rundle High School in 1964, and she continued her education at Mississippi College for Women until the love of her life took her on what would be the ride of a lifetime to Livingston, AL, where they married on September 22, 1965. While she returned to MSCW, and he to Mississippi State for their afternoon classes, they continued their education together at Delta State University where she graduated with a BS in Home Economics in 1968.
Following Delta State, she threw herself into supporting her beloved Bobby by working on campus at Ole Miss and serving as president of the Law Wives while he attended law school. Carolyn had a gift of maintaining relationships made throughout her life and leaves behind a host of friends from every stage of her life.
Shortly after returning to Grenada, her focus became family. Carolyn was involved in all activities Bobby, Salley and Carrie. She was always ready to host a Sunday School Christmas party, football victory party or sleepover and later weddings and engagement parties. She was a born hostess, and gifted many charities with her time and talent. Among them, The First Street Gallery, Grenada Lake Medical Center, Grenada Garden Club, and The Follow Your Heart Foundation.
She was always willing to do whatever was needed for her beloved All Saints Episcopal Church including serving on Vestry and as Senior Warden, Altar Guild, as a Eucharist Minister and reader. She treasured her time spent in worship with her Daughters of the King friends and her weekly Bible study. She also enjoyed volunteering with Saint Nicholas Treasure Chest and All Saints House.
Carolyn was also a volunteer for the American Cancer Society, following her late mother as memorial chair and serving as a chair for Relay for Life. She served as a board member and chair of The Grenada Arts Partnership, and she held every office for 20/20 Financial Partners. She was also a member of the Grenada Garden Club.
The family would like to thank her many caregivers, especially Linda Carter and Dr. Donna DiPaolo and Jessica Greer and the entire staff of the ambulatory care unit at the University of Mississippi Medical Center, Grenada.
Carolyn will be remembered by many as a second mother, confidant and sister. She is survived by her best friend and beloved husband of 57 years, Robert T. Laster, her daughters Salley Agnew of Oxford and Carrie Smith (Michael) of Southaven, and her grandsons Andrew Laster Agnew and Jack Henry Smith, and her sister Cynthia Richardson of Grenada. She was preceded in death by her parents Ann and Bill Fedric and sister Dianne Kilgore.
A memorial service will be held 12 Noon on Thursday, January 19, 2023, at All Saints Episcopal Church in Grenada, MS, with a visitation prior to the service from 10 am until 12 Noon at the All Saints Episcopal Parish House.
Memorials may be sent to The Saint Nicholas Treasure Chest, PO Box 345, Grenada, MS 38902.
McKibben and Guinn Funeral Service in Grenada, (662-307-2694), is in charge of the arrangements.