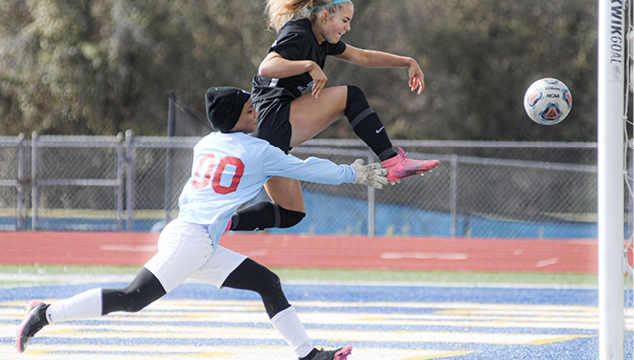 Oxford soccer enjoyed strong performances from both the boys’ and the girls’ squads on Saturday as both teams cruised to comfortable victories in the first round of the MHSAA Class 6A playoffs.

The Chargers got things started early Saturday morning, netting four goals in the first half of a 6-1 victory over Southaven.

Jeremiah Dudley, Elijah Belk (brace), Everett Van Every (brace) and Adam Najjar all found the back of the net for Oxford in the victory, making timely runs to get on the end of long balls played over the top of the defense.

“This was the first team that’s played a higher line against us the last few weeks, they kind of pushed guys forward and got them out against us trying to score goals and that gave us some room in behind,” said head coach Hunter Crane. “We’ve been waiting to see that, we’re very dangerous when people play a high line against us like that so it was good to come out and execute today.”

The victory set up a date with Region 4-6A champion Clinton in the second round on Tuesday. The undefeated Arrows (17-0-1, 6-0 Region 4-6A) are riding an eight-match winning streak following their only blemish of the season; a tie with Northwest Rankin on Dec. 6.

“We played Clinton earlier in the year — lost a real tough game at their place 1-0 back in November. They’re probably one of the best teams in the state front-to-back so we’re gonna have to come out and control the ball, we can’t play defense for 80 minutes and expect to win that game,” Crane said. “We’re gonna have to bring the fight to them and that’ll be our message the next few days.”

The Lady Chargers also took care of business in the first half as they jumped out to an 8-0 lead at the break before conceding early in the second half to come away with an 8-1 victory over South Panola.

They dominated possession from the jump, spending nearly the entire first half in the attacking third and getting plenty of quality chances in on goal.

“We just wanted to come out and control the ball from the very beginning,” Crane said. “We knew that they would probably sit back and play a little defense against us, that’s kind of been the gameplan for teams to slow us down the past couple weeks but we focused really hard on controlling the midfield, working it from left to right and finishing opportunities around the net.”

The Lady Chargers now move on to the second round, where they face a tough matchup on the road against Madison Central Monday night.

The Lady Jaguars (15-4, 4-1 Region 4-6A) enter Monday’s contest as winners in four of their last five outings, including a penalty shootout victory over Clinton on Jan. 17 that clinched the region championship.

“They play very strong defense, they have a very strong center forward that played against us last year in the playoffs and they do a lot of stuff to push the ball forward to her,” Crane said. “[They also have] one of the best centerbacks in the state, their goalkeeper’s really strong so we’re looking forward to a good, tough matchup Monday night.”