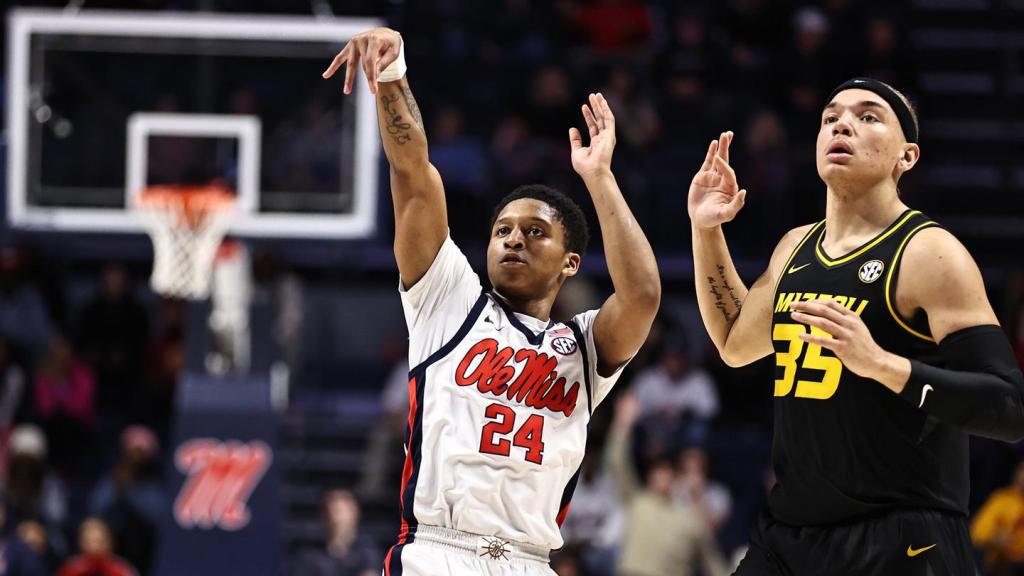 Despite scoring the third-most points in a game this season, the Ole Miss men’s basketball team was unable to top Missouri, falling 89-77 on Tuesday night in the SJB Pavilion.

While the Rebels (9-11, 1-7 SEC) were able to hold an early lead up 9-5 following a dunk from Myles Burns, the Tigers (15-5, 4-4 SEC) would step out in front moments later. Three-point shooting from Missouri kept the Ole Miss comeback attempt at bay, as the visitors sunk nine shots from beyond the arc in the first half alone. Despite the offense from their opponents, the Rebels were able to keep pace with their second-most first-half points on the season, trailing by six at the break, 47-41.

The two teams traded baskets early in the second half, before a flurry of three-pointers from the Tigers extended their lead further. An in-bound lob from Amaree Abram to TJ Caldwell was slammed home to make it 62-55 with 11:53 remaining in the game, the closest Ole Miss was able to cut the deficit.

Ten points in the second half from Daeshun Ruffin helped him post his season-best for a game with 18, while adding a season-best seven assists and connecting on a career-high four three pointers. Caldwell also helped facilitate the Ole Miss offense with a career-best five assists, as Abram added three as well. Jaemyn Brakefield (15 points) and Tye Fagan (12 points) also scored in double figures for the Rebels.

Late in the first half, Burns collected the 400th steal of his collegiate career after transferring from Loyola New Orleans of the NAIA. Combining his NAIA and NCAA career steals total, Burns would be just the sixth athlete across all divisions in NCAA men’s basketball history to hit the 400-mark.

The Tigers made 16 three pointers on the night, led by six from D’Moi Hodge who finished with a game high 24 points. Isiaih Mosley added 20 points for Missouri as well.

Ole Miss takes a break from their conference schedule to take on Oklahoma State in the SEC-Big 12 Challenge next, as they travel to Stillwater, Okla. on Saturday, January 28 for a 7 p.m. game on ESPN2.